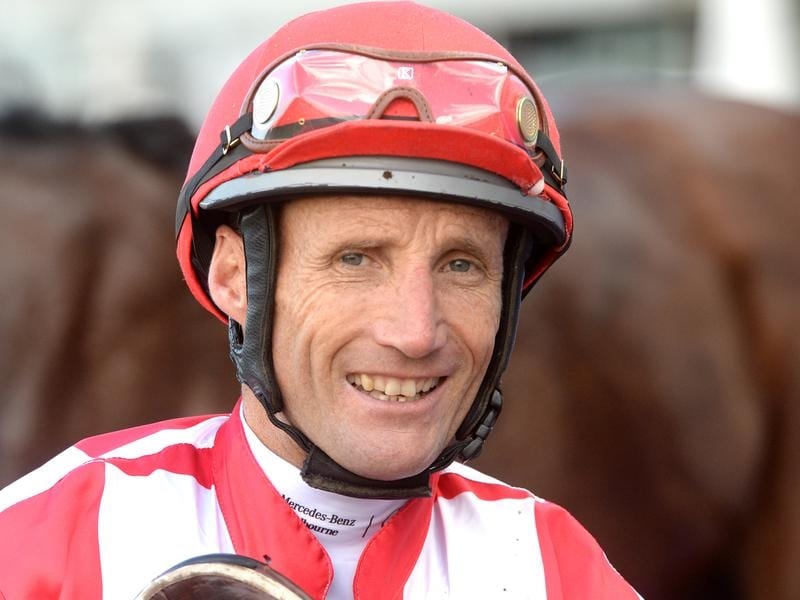 Damien Oliver will partner Wicklow Town when the galloper chases his fourth win on end.

Wicklow Town will try to emulate his dam Afterburn when he makes his city debut at Caulfield.

The Julie Scott-trained galloper is chasing a fourth straight win when he contests the Neds Price Boost Handicap on Saturday.

The corresponding meeting in 2008 provided Scott with one of her proudest moments when Tesbury Jack won the Sir John Monash Stakes, Saturday’s feature race.

Afterburn, who raced around the same time has Tesbury Jack, recorded four straight metropolitan wins during the winter months of 2008 while Wicklow Town is chasing his quartet after victories at Echuca, Mornington and Geelong.

At his latest outing Wicklow Town was ridden by Damien Oliver who has the ride on Saturday.

It was on Oliver’s advice that Wicklow Town steps to 1400m, rather than extend out further in journey, although Scott believes the gelding will handle a longer trip in time.

Scott has taken Wicklow Town along quietly since his initial four-start campaign that the Ballarat-based trainer said was better than it looks.

Wicklow Town finished fourth to eventual South Australian Derby winner Russian Camelot at his second start and Scott said the gelding had cost himself a runner-up placing after laying in.

“We’ve taken him along slowly this time in and he’s been going nice and straight in his races,” Scott said.

“I think he’ll be hard to beat. He’s in great order.

“He’s always in for a fight and he absolutely loves wet ground so I’m hoping that arrives on Saturday.”

Scott will assess Wicklow Town’s performance on Saturday before deciding on a program, but said the three-year-old would not race too far beyond early spring.

“He doesn’t like hard ground, so he won’t be racing over summer,” she said.

“If he won, and won well, there is a chance he might have a freshen up and we’d try and find a better race in early spring.

“If he doesn’t win, but runs well, there is another race in a couple of weeks, but if runs poorly, we might send him out for a spell.”