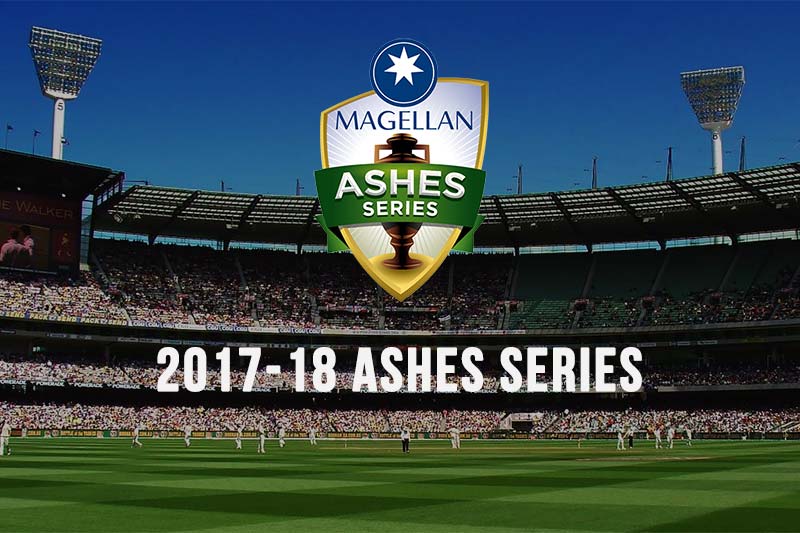 ANOTHER impressive fifth-day bowling performance saw Australia regain the Ashes on Monday with a comprehensive victory in Perth.

Wild weather and divisive pitch conditions threatened to derail the last-ever Ashes Test at the WACA, and England’s anxieties about the wicket were justified when Josh Hazlewood exploited the deteriorating surface to remove Jonny Bairstow in the second over of the day.

Only Dawid Malan (54) and Chris Woakes (22) mounted any meaningful resistance as Hazlewood (5/48) and Pat Cummins (2/53) powered the hosts to an urn-clinching 3-0 series lead.

What an attack #Ashes pic.twitter.com/mRt1UBLg4u

The question now is whether the tourists can bounce back and put up a fight in the remaining two Tests.

Online bookmaker Sportsbet.com.au has England slated as +425 outsiders in match betting for the Boxing Day Test, but the futures markets paint an even bleaker picture of the visitors’ prospects.

A whitewash was paying over +200 prior to the Perth Test, but now the Aussies are into a mere -109.89 to win 5-0 for the third time in four home Ashes series.

Top scores in both innings at the WACA have made Dawid Malan the favourite to finish the series as England’s top runscorer.

Sportsbet has brought the Middlesex mollydooker into -175.44 after he reeled off 194 runs in Perth, including a superb century in the first innings.

The promoted Bairstow (+300) also cracked off a ton at the WACA, while England’s under-pressure captain has blown out to +700 after a pair of disappointing dismissals.

Root shares the third line of betting with Mark Stoneman, who has performed consistently without converting good starts into big scores.

There is no contest in the betting for top series wicket-taker, as -2500 favourite James Anderson’s 12 scalps make him the only England bowler anywhere near double figures.

Starc concerns could boost Hazlewood, Lyon for most wickets

One of very few downsides to Australia’s win in Perth was the sight of Mitchell Starc battling a foot complaint in the second innings.

The NSW quick leads the Ashes bowling charts with 19 wickets at 21.05, but now there is a hint of doubt as to whether he will suit up for the Boxing Day Test.

If Starc is given a spell, the in-form Hazlewood (15 wickets at 23.20) will have a golden opportunity to overtake his opening partner at the MCG.

Another to keep an eye on is Nathan Lyon.

The ‘GOAT’ managed three wickets in Perth despite conditions that were wholly unsuitable for spin bowling, thus taking his series tally to 14 at 26.07.

Lyon should have much more to work with at the MCG and SCG, both of which have dished up turning tracks in the Sheffield Shield this season.

Most bookmakers have shelved their markets on the Aussie bowlers for now, but expect them to return once the selection picture for the fourth Test becomes a bit clearer.

There are no such complexities when it comes to top series runscorer.

Steve Smith has tightened to -10000 at Sportsbet after his double-hundred at the WACA, leaving Shaun Marsh (+2500) as his nearest rival some 202 runs behind.