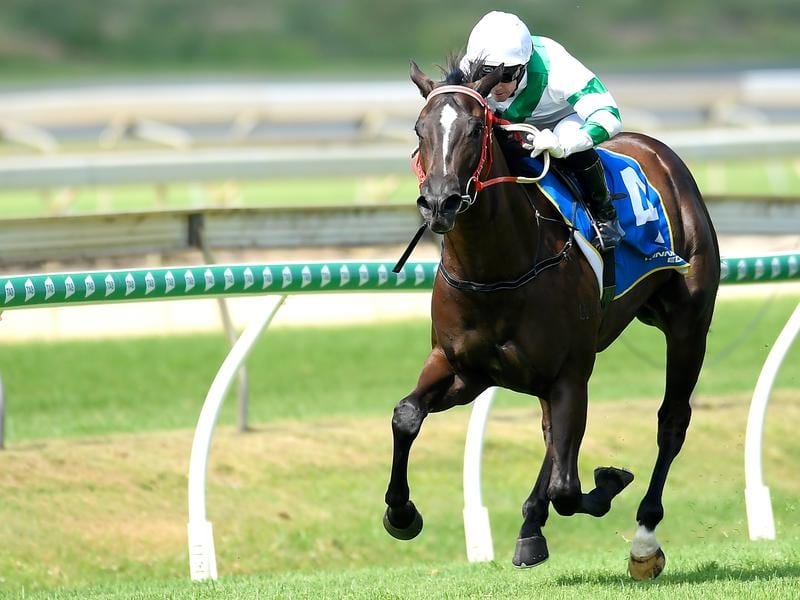 Promising filly Kisukano returns to racing on the Sunshine Coast with a heavy burden.

Trainer Michael Nolan believes only a big weight can stop top Queensland filly Kisukano from making a winning return to racing on the Sunshine Coast.

Kisukano has been allocated 60.5kg in the Bruce McLachlan Classic 2YO (1000m) on Saturday.

It will be her first run since beating star gelding Rothfire in the $500,000 The Jewel 2YO at the Gold Coast in March.

The defeat was the only one in seven two-year-old starts for Rothfire who has gone on to win the Group One JJ Atkins.

Kisukano beat Rothfire on their merits in The Jewel and it took the filly’s record to three wins and a second from four starts.

But Nolan believes Kisukano has now paid the price for her consistency at the weights.

“She had 55kg in The Jewel so she goes up 5.5kg. Obviously it is a lesser class on Saturday but there are a couple of city winners in the field who meet her well at the weights,” he said.

“Kisukano has had a good spell and two jump outs to get ready for Saturday. I am happy with her but the weight is a worry.”

Senior jockey Mark Du Plessis rode Kisukano in The Jewel and has retained the ride on Saturday.

“I suppose we could have looked at an apprentice but Mark is a Group One-winning jockey. He really thinks Kisukano is a future top liner and he wants to stick with her,” Nolan said.

Kisukano has drawn barrier nine in a field of 11 though barriers are rarely a factor from the 1000m start at Corbould Park.