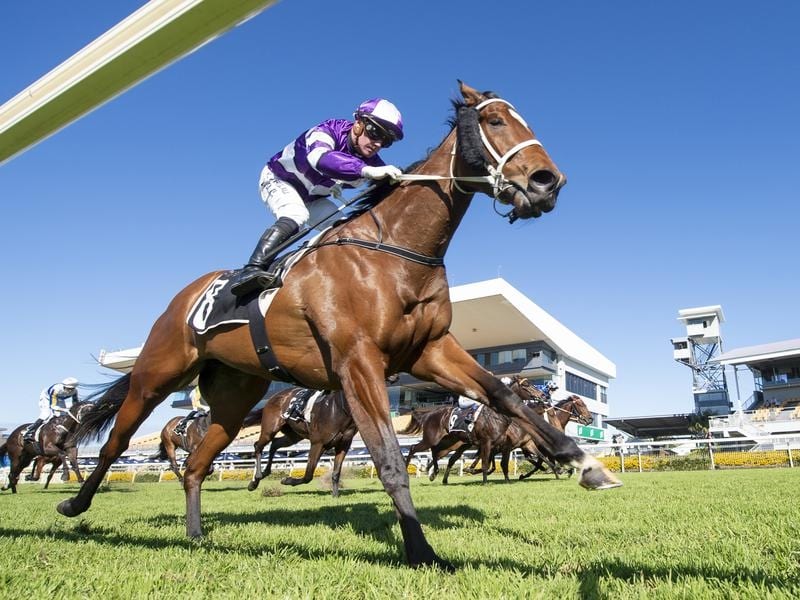 Champion trainer Chris Waller is seeking a sentimental win in the Winx Guineas with Starla.

Champion trainer Chris Waller has recorded 47 stakes winners this season, but a victory by Starla in the Group Three Winx Guineas (1600m) would be his sentimental favourite.

The Sunshine Coast Guineas was this year renamed for champion mare Winx, who scored the first of her record 33 consecutive wins in the race in 2015.

The Guineas has only been a Group Three for six years but all winners have later been top stakes horses including multiple Group One star The Bostonian.

However, this year the race has been added to the winter carnival after it was originally scrapped due to the COVID-19 pandemic and the field is made up mostly of local horses.

Waller’s desire to win the race is strengthened by the fact a part owner of Winx, Debbie Kepitis races Starla under the Woppitt Bloodstock banner.

Kepitis, the daughter of former leading owner Bob Ingham, named the business after the filly who first raced in her colours a decade ago.

A few months ago any talk of Starla adding to Kepitis and Waller’s trophy cabinet would have been fanciful although she does have the breeding to be a star.

The filly has won only one of her first 14 starts although she has recorded seven minor placings.

Encouragingly she has started to bloom as a late three-year-old by winning her past two starts at Warwick Farm and Doomben.

Waller’s Queensland manager Paul Shailer said like many horses Starla was thriving in the Queensland winter.

“She has won up to 1550m but the distance is still a worry. Starla has drawn barrier one so hopefully we can ride her conservatively to get the 1600m,” Shailer said.

“Starla has the second highest rating in the race so the weight scale also suits her.

“She has done well since Doomben and Michael Cahill rode a treble last week so it is all go.”

Shailer said Waller had yet to map out where Starla would go in the spring.

Waller stakes winners for the season are made up of nine Group Ones, nine Group Twos, 17 Group Threes and 12 Listed races.

He has 14 winners in Queensland, including five stakes races.