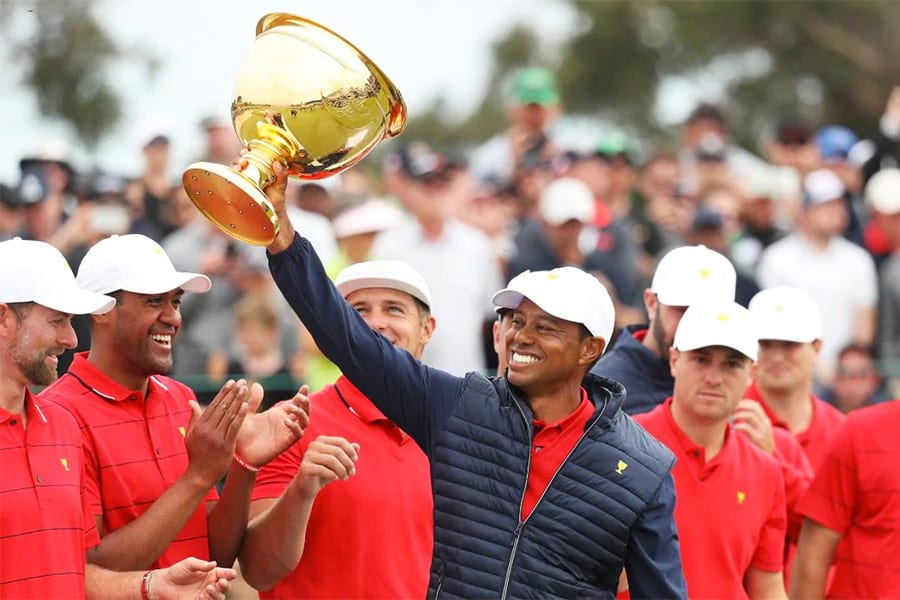 From Perth to Melbourne to Las Vegas, it was an incredible weekend for Australian sports fans. Here are the highlights.

Some people may tell you that Test cricket is boring and unwatchable, but the first few days between Australia and New Zealand in Perth were nothing short of breathtaking.

The Aussies got out to a very good start with the bat and followed up with some brilliant bowling, although an injury to Josh Hazlewood forced a few changes to the Australian attack.

Matthew Wade became the nation’s favourite all-rounder after plugging a gap in Hazlewood’s absence, but it was Mitchell Starc who stole the show with nine wickets across the two innings.

Australia comfortably won on the fourth day and will now prepare for a rare Boxing Day battle with the Black Caps, who have not played a Test match in Melbourne since 1987.

USA comes from behind to snatch Presidents Cup

The Internationals were looking fantastic midway through day three of the 2019 Presidents Cup at Royal Melbourne Golf Club, leading 9-5 after an impressive display from Abraham Ancer.

SEE ALSO: HOW TO BET ON GOLF

The Americans rallied in the Saturday afternoon foursomes, however, winning three of four matches to put the score at 10-8 heading into the final day.

Although Aussie Cameron Smith won his clash with Justin Thomas, Team USA stormed home with six wins out of the 12 singles matches to secure their eighth straight Presidents Cup victory.

A night of drama at UFC 245 saw an Australian become featherweight champion and a debatable finish to the main event.

Aussie Alexander Volkanovski fought brilliantly to claim a unanimous decision over Max Holloway and take the featherweight title, making Volkanovski the first Australian-born UFC champion and the only active Aussie with a belt.

The main event ended with Kamaru Usman scoring a round five KO/TKO against Colby Covington, who was not ready to stop the fight despite copping a broken jaw in the third round.

We were wrong about the Sydney Kings, as they bounced back to straight losses to upset Melbourne United at Melbourne Arena on Saturday.

The NBL continues to produce multiple upsets each round, which makes for great entertainment but tricky tipping. These upsets have shifted the title odds at NBL betting sites, leaving only three honest chances.

The Kings stay favourites at $2.20 with Sportsbet.com.au and United are out to $4.25, while the Perth Wildcats have jumped up to the second line of betting at $3.60.

It has come to our attention that James Harden is averaging more points than minutes per game. Considering he plays nearly 40 minutes a night, what we’re witnessing is extraordinary.

Harden’s last three games have been unreal. He scored 55 points on the road in Cleveland, followed up with another 54 in Orlando, and ended the run with a 39-point game at home against the Detroit Pistons.