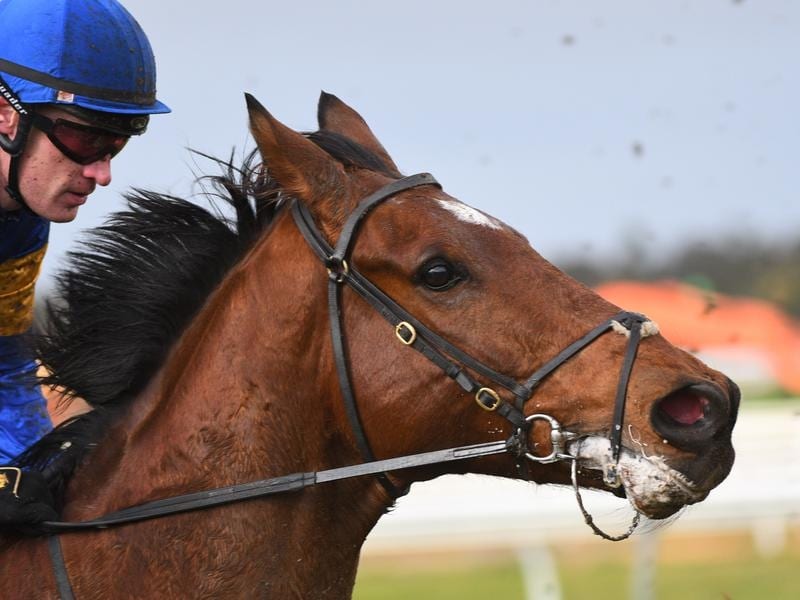 Everest contender Santa Ana Lane will not run in a trial at Cranbourne unless the weather improves.

Trainer Anthony Freedman will monitor the weather ahead of a planned second barrier trial for Santa Ana Lane at Cranbourne.

Santa Ana Lane is down to trial over 800m at Cranbourne on Monday, but will not take his place if the track is too wet.

As part of his preparation for next month’s $14 million Everest at Randwick, Santa Ana Lane finished fourth in a Cranbourne trial on significantly wet ground on August 19.

Freedman said Santa Ana Lane needed another trial before his racing return in The Shorts at Randwick on September 21.

It will be the gelding’s first run since his fourth in Hong Kong in April.

“I’m just going to see what the weather does because I don’t want to trial him again on a real heavy track,” Freedman said.

“There’s trials in Sydney on the 10th, so if he doesn’t trial at Cranbourne we’ll go up there and then run on the 21st.

“I thought he trialled well because I have seen him trial pretty ordinary a few times, especially on heavy ground.”

Also set to trial over 1190m on Monday are Lindsay Park stayers Rostropovich and Muntahaa.

Rostropovich is yet to race for the stable having run for Irish trainer Aidan O’Brien when fifth in both the Cox Plate and Melbourne Cup last year.

He then finished seventh in the Hong Kong Vase in December before completing a 180-day quarantine stay in New Zealand and a change of ownership.

“He had to come the hard way,” Lindsay Park co-trainer David Hayes said.

“He misbehaved in New Zealand and got gelded but he ran creditable races in the Cox Plate and Melbourne Cup last year and he’s a year older now.

“There’s a lot of reasons to say that he might come into form but I wouldn’t expect too much until he hits 2000 metres.”

Muntahaa, winner of The Ebor last year, finished ninth in the Melbourne Cup before two below par runs in the autumn.

“His Ebor win last year was as good as you’ll ever see and he’s now fully acclimatised.”

Both are likely to kick-off in the Makybe Diva Stakes at Flemington on September 14 with Hayes planning to run the pair third-up in the Caulfield Cup ahead of the Melbourne Cup.