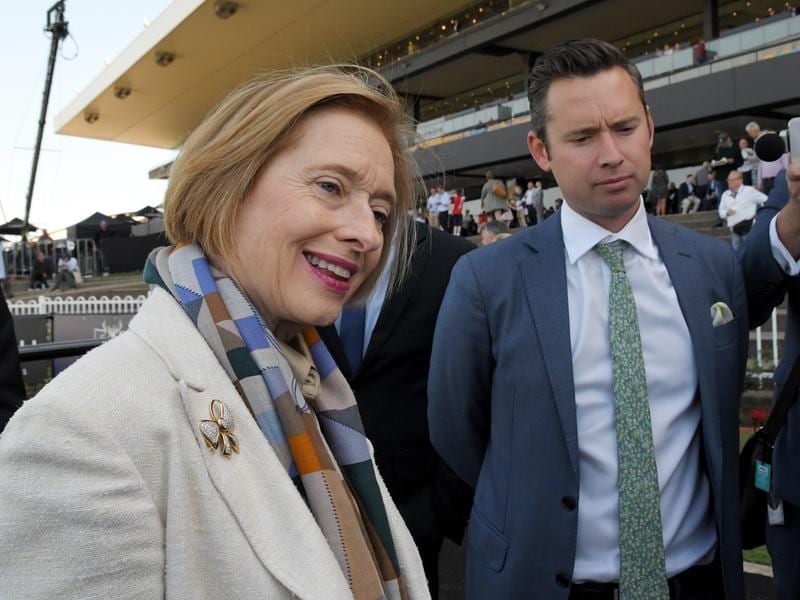 Trainers Gai Waterhouse and Adrian Bott will have two runners in the Group One Metropolitan Hcp.

Gai Waterhouse has prepared more winners of the Metropolitan Handicap than anyone else with her training partner Adrian Bott looking for his first.

Waterhouse has eight wins in the Group One staying feature, her first in 1992 with Te Akau Nick and her most recent Glencadam Gold in 2012.

She and Bott will send out Stampede and Hush Writer in Saturday’s 2400m-race which has attracted a 17-horse field.

“We have two excellent chances in Hush Writer and Stampede.

“Stampede is taking a bit of a different path backing up three weeks in a row but he is the right horse to do it.

“He’s had a nice 48 hours so there is no hesitation backing him up again while he is in the best form of his career.”

Hush Writer goes to the race off a victory in the Group Three Newcastle Cup (2300m) on September 20.

“We could not have been more pleased with his Newcastle win,” Bott said.

“He was able to show a turn of foot and has a lovely profile and a good weight (52.5kg) for a race like this.

“Stampede will roll forward while Hush Writer is a bit more versatile.”

Both Tulloch Lodge runners are at $9 with the Chris Waller-trained Brimham Rocks at $5.50 edging Scarlet Dream ($6) for favouritism.

Scarlet Dream is trained by Mark Newnham and his apprentice Robbie Dolan takes the ride at 50kg.

Last year’s winner, the Waller-trained Patrick Erin, is out of form and is the $151 rank outsider in the field.