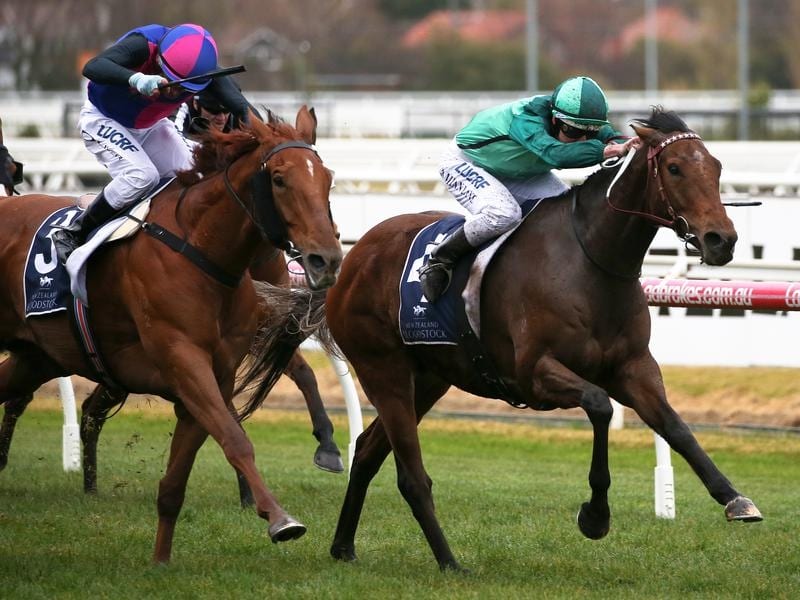 Humidor has revived his racing career with a dynamic performance to win the Feehan Stakes.

Humidor underlined Chris Waller’s brilliance as a trainer when he turned back the clock to win the Group Two Feehan Stakes at Moonee Valley and resurrect a career which looked finished.

In taking out Saturday’s 1600 metre event, Humidor scored a golden ticket into the Cox Plate, a race in which he finished runner-up to Winx when he challenged her in the straight in 2017 and then third to her a year later.

The eight-year-old had been in the wilderness since he left Darren Weir’s stables after Weir was disqualified.

He spent 2019 with the Ciaron Maher and David Eustace team and did not run a place in seven starts.

He then joined Lindsay Smith’s stables and had three unplaced runs during the winter before the trainer moved him on.

Retirement was discussed but his owners sent him to Waller for one last roll of the dice.

Waller said he had always loved the horse and tried to buy him for $975,000 from New Zealand but was outbid by Weir who grabbed him for $1 million.

He has followed the horse ever since and that’s why he was happy to give him one more chance when the opportunity arose.

“I had a think about it but because of that association I wanted to give him one last chance,” Waller said at Randwick.

Humidor arrived at his Flemington stables eight weeks ago and Waller said he had gone back to basics with him.

“Our Melbourne foreman Jo Taylor has done a great job with him. He is a good, tough horse. We never gave him a chance to disappoint us.”

Waller said his original plan was to run him in the Chelmsford Stakes at Randwick on Saturday but as the horse was stuck in Melbourne, they opted for Moonee Valley instead.

Jockey Damian Lane, who used to ride Humidor regularly, said he had been watching him work and trial in great style and was thrilled to be back on board.

He only picked up the ride when Damian Thornton was injured on Monday.

“He gave me a great ride here today. I love being back on him and did a great job,” Lane said.

“He’s a little superstar and on his day he’s as good as any horse.

“I just want to give special thanks to Jo and the Waller team at Flemington who’ve done a massive job at Flemington to get him here today the way they did.

“It’s not often you see eight-year-olds turn their form around.”

Paul Preusker was pleased with the effort of Surprise Baby to run second given the length of time since he had raced.

“There’s no plans just yet for the next run but it’s been suggested that a Cox Plate wouldn’t be out of the question before the Melbourne Cup,” Preusker said.