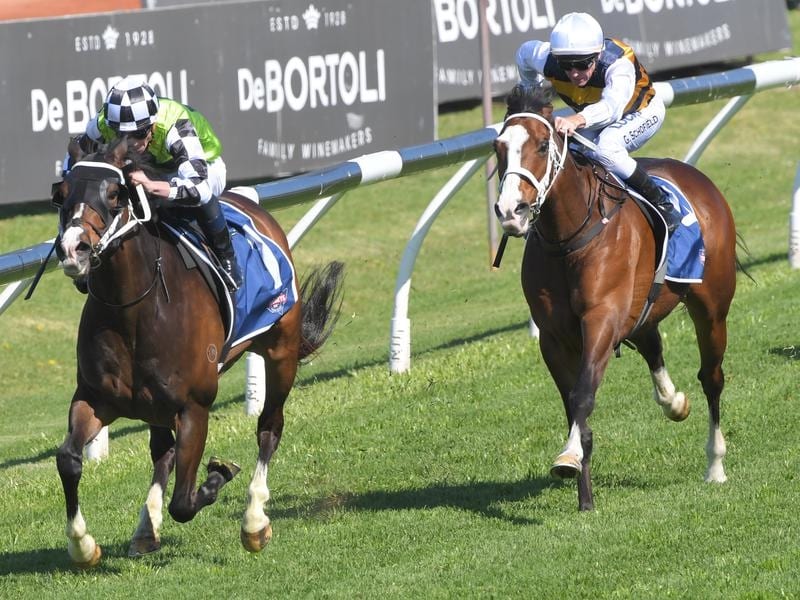 Mister Sea Wolf has scored an emotional victory in the Group Two Chelmsford Stakes at Randwick.

News of the 60-year-old’s death filtered through Randwick on Saturday and Waller said he was devastated to lose a man he counted as a friend.

“All the trainers learned about half an hour ago and there was an air of silence,” Waller said.

“To lose a man like Rick at such a young age, it’s too young.

“He was the first person to help if someone was doing it tough. He has done it tougher than anybody in the last few years. He’d be the last one to show it. It is a sad day.

A renowned horseman, Worthington trained a small team at Warwick Farm but was rarely without a city-class horse with two-time Group Two winner Whitefriars among his best.

The trainer’s death cast a pall over Saturday’s feature meeting with all of the jockeys wearing a black armband in the Chelmsford Stakes in his honour.

Mister Sea Wolf ($5 equal fav) is the oldest horse in Waller’s stable but showed he still has something to offer, leading home a Chelmsford trifecta for the stable.

He defeated Yulong Prince ($21) by a long head with Finche ($9) another half-length away.

“Today’s race looked to suit. He’d had the benefit of that first up run, he loves four weeks between runs,” Waller said.

“His next race will be in four weeks time (Epsom Handicap).”

Yulong Prince is being aimed towards the Metropolitan Handicap while Finche indicated he is on track for another tilt at the Melbourne Cup.

“He’s just had a soft autumn and he’s had the perfect prep for a Melbourne Cup if we can get there. There is a long way to go,” Waller said of Finche.

Waller saddled up nine runners in the Chelmsford, many of them stayers, and he expects the likes of Brimham Rocks and Shared Ambition to leapfrog off the run.

“It was always going to be a starting point for most horses, as it is traditionally each year, and they will continue to build from here,” Waller said.