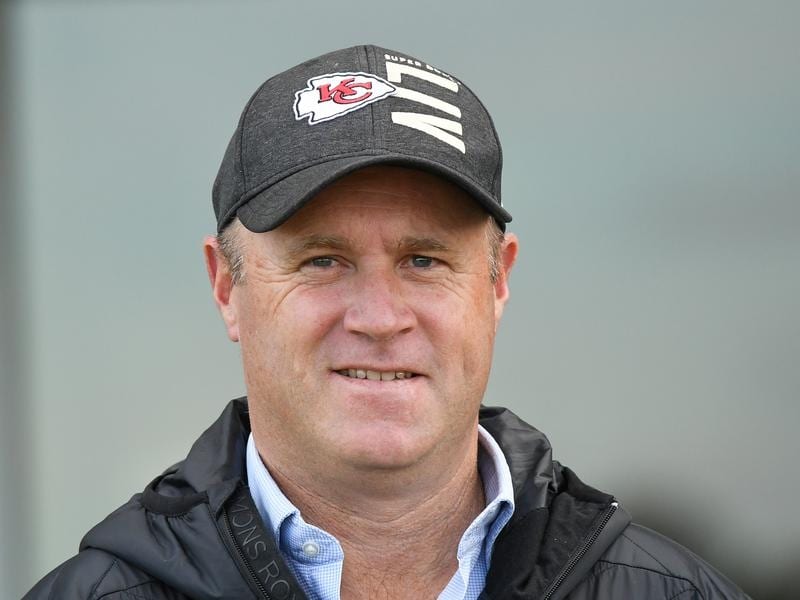 For the first time in four years there will be no Winx in the Queen Elizabeth Stakes at Randwick but trainer Danny O’Brien believes the showpiece of The Championships has delivered a stellar cast.

Champion Winx has dominated the 2000m weight-for-age feature at Randwick over the past three years.

The 2019 race was her swan song and held before a record crowd with circumstances different this year with the public locked out because of coronavirus protocols.

That does not detract from Saturday’s field which has attracted a host of Australasia’s best middle distance horses, including the O’Brien-trained Melbourne Cup winner Vow And Declare, well-performed English visitor Addeybb and Japanese star Danon Premium in the field of 13.

“I think they’ll be thrilled with the quality of the field. It looks like a really strong edition.”

Vow And Declare was third to Fifty Stars and subsequent All-Star Mile winner Regal Power in last month’s Group One Australian Cup (2000m) at Flemington in his first start since his Melbourne Cup triumph in November.

O’Brien hopes Saturday’s $2 million Queen Elizabeth develops into a test of stamina given 2000m is at the bottom end of four-year-old Vow And Declare’s best distance range.

Vow And Declare travelled to Sydney from Victoria by road overnight on Thursday.

“He got up there this morning and he has travelled well,” O’Brien said.

“We’ve been very happy with him. His run in the Australian Cup was excellent and he has trained on well since so we think he’s going there in great shape.

“Obviously the more testing the 2000 metres is and the stronger the tempo is will suit him, but he ran very well at 2000 metres in the Australian Cup and also in the Turnbull Stakes in the spring.

“He’d be midfield in that race tomorrow and we just want a nice strong gallop so that he can get into the finish.”

Craig Williams has ridden Vow And Declare in his past three starts but is unable to travel to Sydney because of restrictions on interstate movements during the COVID-19 pandemic.

Champion jockey Glen Boss gets get back aboard Vow And Declare having won the Group Three Tatt’s Cup (3000m) on him last winter in Brisbane.

“Glen really rates the horse so we’re glad to have him back on board,” O’Brien said.

Danon Premium, who boasts a win over Cox Plate winner Lys Gracieux last year and has finished second to Almond Eye and Indy Champ at his past two starts in Japan, was the $3.80 favourite on Friday with the William Haggas-trained Addeybb $4.40.

New Zealand star Te Akau Shark is on the third line of betting ahead of Verry Elleegant, while Vow And Declare was at $18.