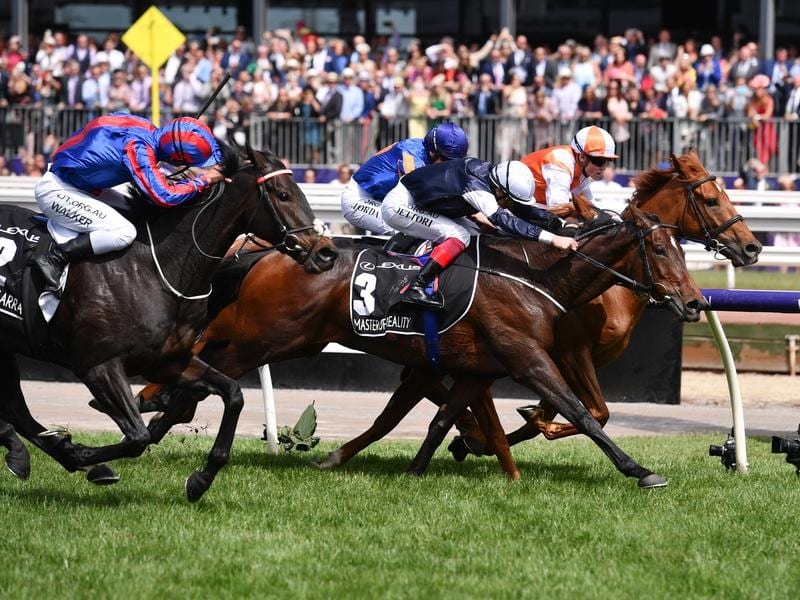 Australian stayer Vow And Declare (inside) has repelled the overseas challenge in the Melbourne Cup.

Australian bred and trained Vow And Declare has held off the international challenge to win the Melbourne Cup, giving jockey Craig Williams his first success in Australia’s greatest race.

The win was also a first for trainer Danny O’Brien with Vow And Declare crossing the line ahead of Master Of Reality, Prince Of Arran and Il Paradiso whose jockey Wayne Lordan lodged a protest against the runner-up for interference in the final stages.

Williams famously missed the winning ride on the French-trained Dunaden in the 2011 Melbourne Cup because of suspension.

In a desperate finish involving four horses, the Danny O’Brien-trained Vow And Declare took an inside run and put his head down when it counted to win in a photo finish.

For O’Brien the win was one that meant everything.

The trainer was involved in a protracted battle with officials over a cobalt case which he eventually won but the process took its toll on his business.

“It doesn’t get much better than this,” he said.