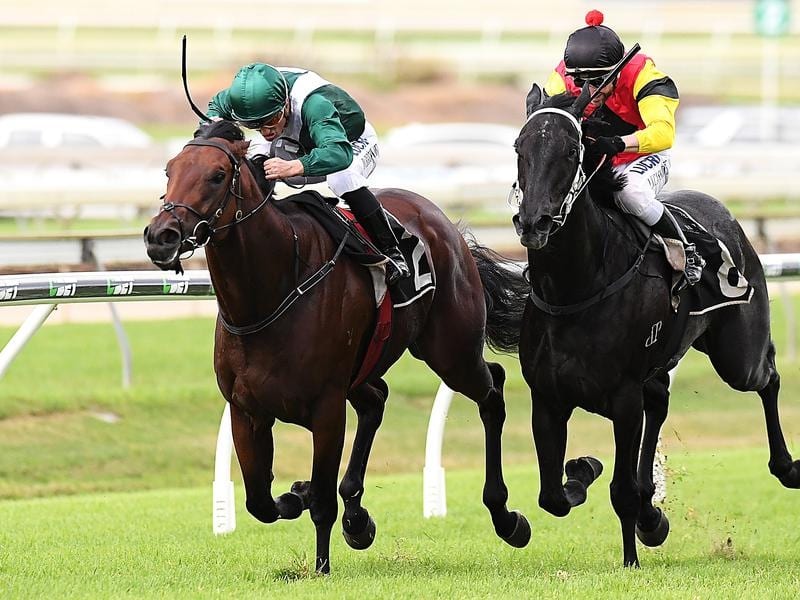 Villermont (green) will put his Winter Championship Final hopes to the test at Flemington.

With a crack at the upcoming Winter Championship Series Final on the radar for Villermont, co-trainer David Eustace believes the dual Group winner is ready to press his claims at Flemington.

Villermont has had two starts back from a year off the scene and lines up in Saturday’s Brian Beattie Handicap (1400m) with the plan to progress to the Listed Winter Championship Final (1600m) two weeks later if he runs to expectations.

The four-year-old was beaten just over four lengths when 11th behind Blazejowski two weeks ago over the Flemington 1400m but did not have the best of luck in the straight when held up for clear running.

Eustace, who trains in partnership with Ciaron Maher, believes there may be a silver lining to that and he has been pleased with the way Villermont has come on since that race.

While he expects the 2017 Sandown Guineas winner will be better suited when he gets to 1600m at his next outing, he would not be surprised to see him figure on Saturday.

“It was a good run last start but he got stopped at a vital stage.

“I think that was probably for the better anyway because otherwise he would have been out on his feet and probably finished a bit tired, whereas he just got a cosy run and he hit the line.

“He had a jump-out on Tuesday and has come through that well. He’s good and sound and I think he’ll run really well.

“He will probably be bang-on over a mile, but I think he’ll go close.”

The Greg Eurell-trained Blazejowski is the $4.80 favourite to make it four-straight wins this campaign while Villermont is at $13.