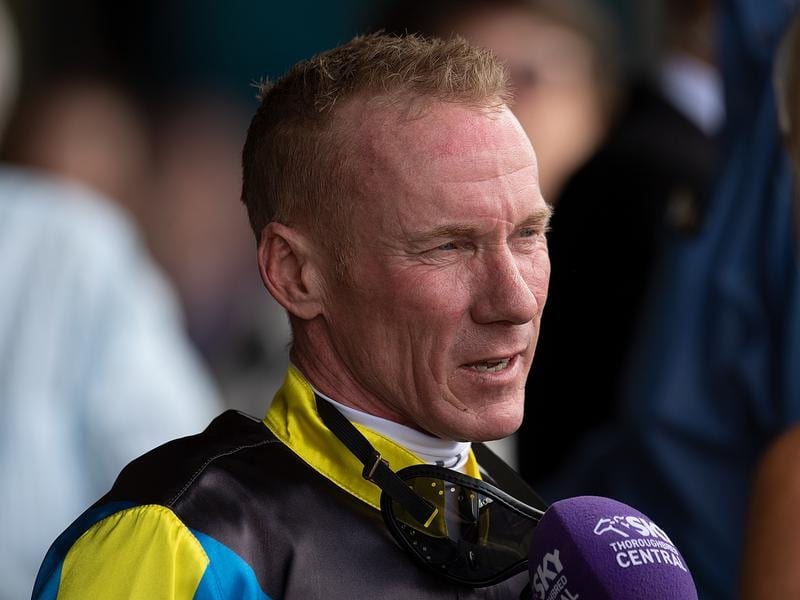 Jim Byrne is hoping to cement his comeback from injury aboard Outback Barbie in the G1 Tatt’s Tiara.

A win-hungry Jim Byrne could not have chosen a more apt horse than Outback Barbie for his only ride in a Group One race this winter.

Byrne has sat out most of the Brisbane carnival after sustaining a serious shoulder injury in February.

He returned to riding last week and was a winner at Ipswich on Saturday and Doomben on Wednesday.

Byrne is one of Queensland’s most successful feature race winners with 116 stakes wins including five in Group One class.

Unlike many other top Queensland riders, 95 per cent of his big wins have been in the state.

Byrne has ridden interstate and internationally but the vast majority of his career has been spent in Brisbane.

His last Group One wins were in 2017 on Redzel in the Doomben 10,000 and Capital Gain in the J J Atkins Stakes.

Byrne is a through-and-through Queenslander and is extra keen to give the state its second Group One win of the winter.

He has not ridden the Tony Gollan-trained Outback Barbie since she was sixth to Boomsara in the Vo Rogue Plate In December.

Outback Barbie’s run of bad luck has been well documented with a long list of appearances in stewards reports but there has never been any doubt about her class.

Her last start 10th in the Group Two Dane Ripper Stakes was explained when she was found to have low grade mucus in her throat.

Gollan is confident she has recovered and he has taken blinkers off the filly in the Tiara.

“This is the race we have always had as her winter target,” he said.

“She went too hard in the Dane Ripper so I have taken the blinkers off her.”

But his master stroke could be booking Byrne.

Outback Barbie has won two races with Byrne aboard for both Listed events.

“It is good to be back on her and she has drawn the inside barrier so here is hoping for another Group One win,” Byrne said.

Edmonds has been in England to watch Houtzen who was well beaten in the Group One King’s Stand at Royal Ascot after slipping at the start,

“It is Winter Bride’s first attempt out to the 1400 metres and drawing a good barrier will certainly help,” he said.

Ryan Maloney, who is back from injury, will ride the mare.

“Ryan won two Group Three races on her in the Melbourne spring so they get on,” Edmonds said.

Trainer David Vandyke is waiting to find out if Queensland’s third acceptor in the Tiara, Baccarat Baby, gets a run as first emergency.

“She has shown she is up to Group One class in the Flight Stakes last year and she always tries very hard,” he said.

Baccarat Baby finished fifth, beaten less than a length, in the Flight won by Oohood.