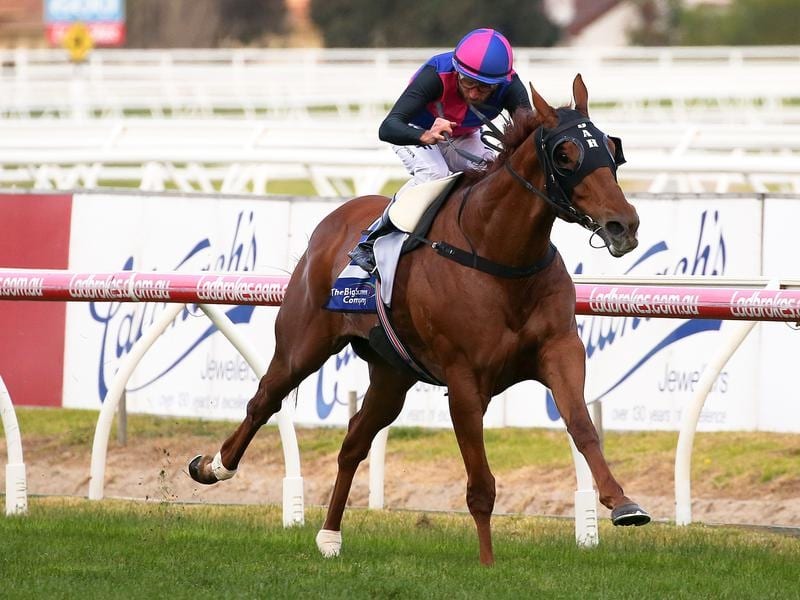 Accomplished sprinter Vega Magic is an early favourite to make a winning return at Caulfield.

Vega Magic is set to front up on Memsie Stakes day for the third straight year at Caulfield but this time the dual Group One winner will not be contesting the day’s feature race.

Now a seven-year-old, Vega Magic was a dominant winner of the weight-for-age Group One Memsie (1400m) second-up two years ago before finishing fourth as a short-priced favourite in the second run of his preparation last year.

Co-trainer David Hayes is hopeful Vega Magic can earn a place in The Everest for a third straight year this spring and will begin the gelding’s campaign in Saturday’s Group Three The Heath over 1100m with a view to progressing to the Schillaci Stakes (1100m) on October 12.

The winner of the Schillaci will be offered the Melbourne Racing Club’s slot in the $14 million The Everest (1200m) in Sydney a week later.

“If he comes out and runs a blockbuster, I know his best is as good as anything around,” Hayes said.

“We’ve taken our time with him and we’ve resisted getting him ready for the Memsie, to give him more time.

“He will run well. His trial up the straight was excellent.”

Vega Magic has contested the first two Everests at Randwick, finishing second in 2017 before failing to beat a runner home last year.

The gelding has had three jump-outs at Flemington building towards a return to racing this spring and Hayes believes his convincing win in his most recent one up the straight with blinkers on indicated he was in the right form.

“That has told me that he is back to somewhere near his best,” Hayes said.

“I just want to see it in a race, and of course I don’t want too much of this rain.

“If the track is right, he will run well.”

Vega Magic is the highest rated horse in The Heath but under the set weights plus penalties conditions he is well-weighted with only 57kg and was the $2.20 favourite on Wednesday.