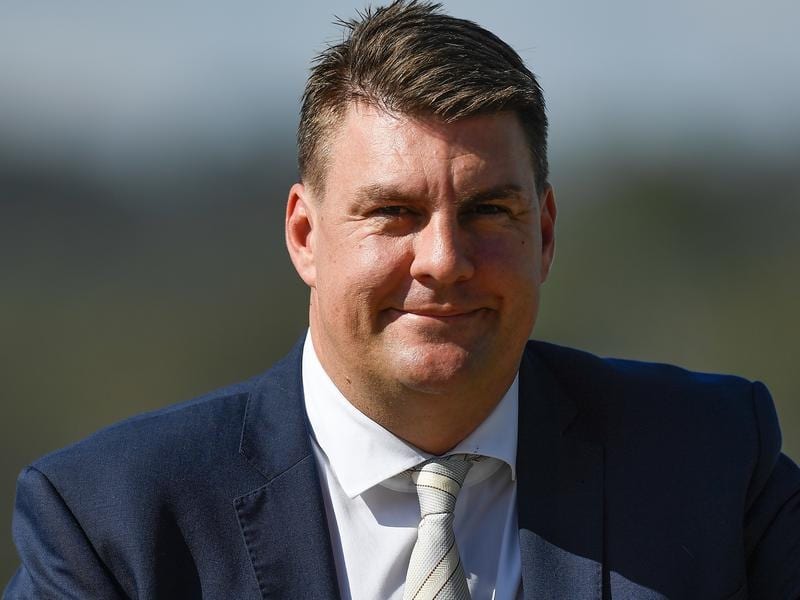 The best-kept secret in Brisbane racing hit the limelight when three-year-old Profit scored an impressive debut win at the Sunshine Coast.

Profit ($2.90) was slow to begin and was green in the straight before winning the Sky Racing Plate (1200m).

The win took the Chris Anderson-Robert Heathcote training partnership to the lead in the metropolitan premiership but Profit could be a far bigger boost to the fledgling venture in the long term.

The gelding is by top sire Dundeel and was bought as a possible staying prospect.

“We have taken our time with him because as you can see he is still very immature,” Anderson said.

“But we have a very big opinion of him. He has probably been the best-kept secret at Eagle Farm as he has escaped the glare despite his very good work and trials.

“Profit is a horse who will appreciate blinkers but we kept them off today to give him experience in a race field.

“I realise you never get ahead of yourself in racing but we hope he might even be our Derby-type horse next year.”

” I thought she would be very hard to beat today and I think you will see a good horse when she gets out over a trip,” Norman said.

“She will make an Oaks filly next winter.”

She has ridden three winners in two weeks in Queensland and all have been for trainer Steve O’Dea.

“Melberns Queens has been trialling well and it was time she converted that to a win,” O’Dea said.