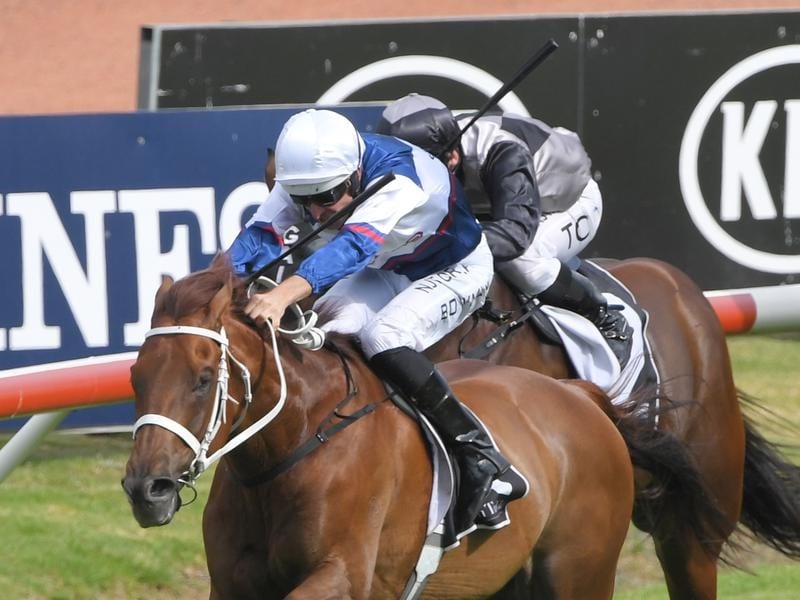 A snapshot of that success can be seen in the honour roll for Saturday’s Christmas Cup (2400m) at Randwick, a race Waller will be striving to win for the fifth time this decade.

He will have three of the runners in the eight-horse field, last-start ATC Cup winner Alward and stablemates High Bridge and Naval Warfare.

The three geldings all started their careers overseas. They range in age from six to nine and while each has paid their way in Australia, Waller admits it is a constant challenge to keep them focused.

“They go in and out of form the older horses. You just have to find ways to keep them happy,” Waller said.

“So we mix up their training and do different work, light gallops, keep them fresh. They do long, slow work as well.

“We basically want a horse jumping out of its skin.”

Waller has clearly got the mix right with rejuvenated gelding Alward, who has posted wins in Brisbane and Sydney at his past two starts.

He also appears to be back on track with High Bridge.

The gelding showed staying promise at his first Australian campaign scoring successive wins and following up with an eye-catching fourth in last year’s Metropolitan Handicap before his form went off the boil.

Waller experimented by putting High Bridge over some jumps and the horse bounced back with placings in the McKell and Stayer’s Cups during the winter.

“He has actually raced over them so it was easy to teach him,” Waller said.

“We use treadmills, aqua walkers, and realistically with jumping, that’s all they’re doing, it’s something different.”

High Bridge resumed with a closing fifth to Alward in the ATC Cup and while the latter is favourite on Saturday, Waller is not convinced punters have got it right.

Alward is yet to win beyond 2000-metres, although he has been placed in four of his seven starts over the Christmas Cup distance, while High Bridge is proven up to 3300-metres.

“It was a very good run behind Alward and 2400 metres second-up is ideal for him,” Waller said.

“He is probably my slight pick at this early stage.”

High Bridge has come in for early market support, opening at $9.50 and firming to $6 by Thursday.