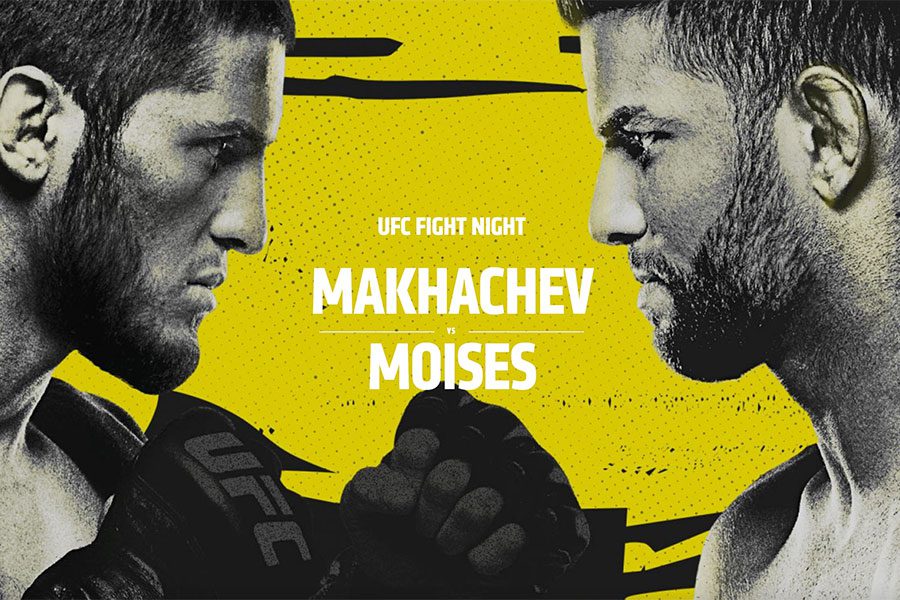 UFC Vegas 31 is headlined by Islam Makhachev vs Thiago Moises in what will be Makhachev’s first main-event match with the promotion, but this Saturday’s card has another big-ticket fight in the co-main event as Miesha Tate makes her return to MMA action. Here’s a look at her bout and the rest of the main card this weekend.

Both fans and critics alike feel like it is only a matter of time before Islam Makhachev (19-1-0) is fighting for the UFC Lightweight Championship. He is a clear rising star in the division and with each fight looks more and more like Khabib Nurmagomedov, an elite wrestler that simply smothers his opponent on the mat from start to finish. Squaring off against a tough and durable opponent like Thiago Moises (15-4-0) in a primetime main event will give Makhachev the chance to shine for multiple rounds.

With Makhachev going off at such a chalky price with the top UFC bookies, some bettors might be tempted to take a shot on Moises getting these big underdog odds. The issue is that it’s difficult to find any path to victory for him. Moises has only three professional knockouts in his career, and none have come in the UFC. Without the power or style to catch Makhachev off guard with a well-timed strike, Moises will be stuck trying to out-wrestle or out-point him, and that just isn’t going to work.

Bettors looking for a less expensive price on Makhachev might prefer the odds on him to win by decision at -120.48. There could be some scary moments over a 25-minute fight, however, and more adventurous bettors might take a stab on the KO/TKO result (+350) or the submission win (+575). There’s some value on the submission prop, but we expect a dominant decision win.

Miesha Tate (18-7-0) strung together five straight wins in the UFC from early 2014 through early 2016 including a submission victory over Holly Holm at UFC 196 to win the UFC Women’s Bantamweight Championship. But after losing her next two fights in 2016 to Amanda Nunes and Raquel Pennington, Tate decided to retire from the sport. After having two children and taking nearly five years off, Miesha Tate has decided to come out of retirement starting with this Saturday’ s bout.

Tate will face Marion Reneau (9-7-1) in her return. Reneau was once 9-3-1 with a 5-2-1 record in the UFC, but at 44-years-old her best years in combat sports are behind her. She has lost each of her last four fights by decision and has not won a fight since February of 2018. Ring rust is a very legitimate concern for Tate after so much time away from the Octagon, but barring some kind of fluky early finish, Tate should be able to find her legs and do enough to win this fight.

Mateusz Gamrot (18-1-0) suffered his first career loss by split decision in his UFC debut against Guram Kutateladze last year. Gamrot did not leave things up to the judges in his last fight against Scott Holtzman as he scored a knockout win in the second round. Jeremy Stephens (28-18-0) is looking for his first win since 2018 as he makes a return to lightweight after going 0-4 over his last four fights.

In Stephens’ defence, all four of his most recent losses have come against highly talented opponents in Jose Aldo, Zabit Magomedsharipov, Yair Rodriguez and Calvin Kattar. Perhaps there is some value on him here as an underdog against a much more green opponent. But considering he’s moving up in weight and Gamrot looks like the real deal, we’ll take the Polish prospect in this one.

Rodolfo Vieira (7-1-0) showed some major conditioning issues in his loss to Anthony Hernandez, gassing out after failing to secure a submission in the first round before being submitted himself in the second round. Dustin Stoltzfus (13-2-0) fell short in his UFC debut against Kyle Daukaus and had his 10-fight winning streak snapped in the process. Stoltzfus has a path to victory here if he can avoid the early submission loss to take advantage of Vieira’s weak endurance. That will be easier said than done, though; we see Vieira closing in for an early takedown and picking up a quick win.

Gabriel Benitez (22-8-0) snapped a two-fight losing streak with a win over Justin Jaynes in his last fight. Billy Quarantillo (15-3-0) meanwhile took an ugly loss to Gavin Tucker in his last bout to snap an eight-fight win streak that included a 3-0 record through his first three fights in the UFC. This should be a fantastic fight between two tough fighters that won’t be afraid to trade shots in the middle of the octagon. Benitez is a the more polished fighter of the two, but this is an even enough matchup that we’ll happily take the underdog odds on Quarantillo here.