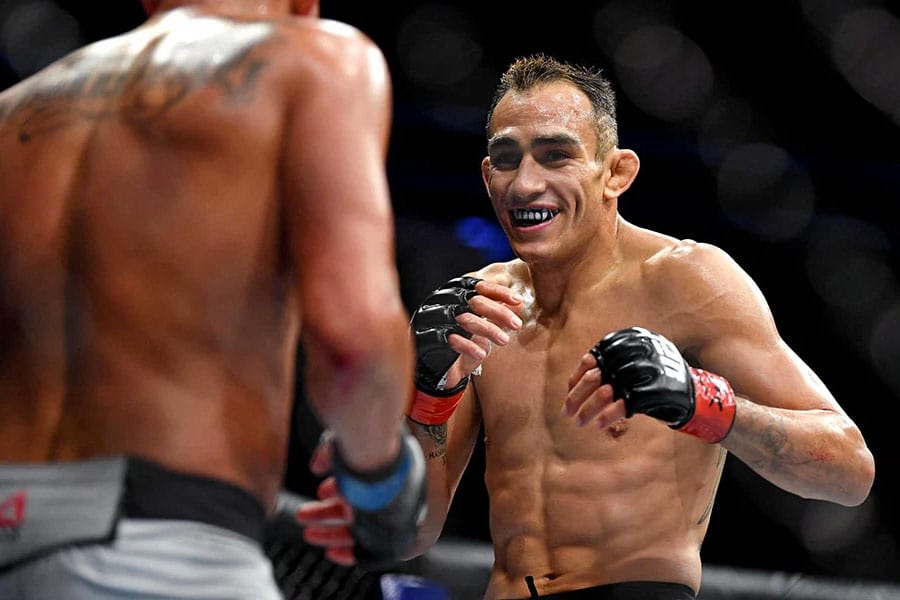 UFC president Dana White has made countless changes to UFC 249 in order to keep the event alive, and now it is set to go ahead on Sunday, April 19 (Australian time) under strict regulations.

Khabib Nurmagomedov was slated to battle Tony Ferguson in the main event, but travel restrictions due to the COVID-19 crisis have left him stranded in his native Dagestan. Justin Gaethje will fill the void left by Khabib’s absence, meaning he and Ferguson will fight for the interim lightweight title.

Former heavyweight champion Francis Ngannou will headline the preliminary card against Jairzinho Rozenstruik. Ottman Azaitar was expected to fight Khama Worthy, but he will be replaced by cult figure Michael Johnson, who has previously beaten Ferguson and Dustin Poirier.

Jessica Andrade is one of the top fighters in the Women’s Strawweight class, but her highly anticipated opponent Rose Namajunas has withdrawn from the event. A fighter is yet to be confirmed to face Andrade, whose 20-7 record may scare off any potential replacements.

Tony Ferguson ($1.50) vs Justin Gaethje ($2.62)
This fight headlines UFC 249 with good reason, as both fighters are ranked inside the top four in the Featherweight rankings. The odds currently favour Tony Ferguson due to his longer preparation, but Justin Gaethje will come into the betting as the bout approaches.

Gaethje made it to 18 straight victories on the UFC stage before going down in back-to-back brawls against Eddie Alvarez and Dustin Poirier. He has bounced back with three straight wins, however, including triumphs over Edson Barboza and Donald Cerrone last year.

Ferguson’s last bout also ended in a victory over Cerrone, pushing his record to 25-3. Gaethje also boasts a great record at 21-2, meaning this fight has all the hallmarks of a classic.
The winner of this bout will most likely go on to fight Khabib for the outright UFC Lightweight title once the COVID-19 situation diminishes.

Rozenstruik is a talented fighter that won four battles in 2019. This match up was scheduled to be his first of 2020 on March 28, but due to obvious circumstances it has been merged into UFC 249.

Can the 14-3 Ngannou do his fanbase proud with another big victory, or will Rozenstruik add another win to his perfect 10-0 record?

Jeremy Stephens ($2.97) vs Calvin Kattar ($1.40)
Jeremy Stephens’ career is slowly getting away from him. He has lost his last three UFC matches, with his last win coming back in February of 2018.

Calvin Kattar is a quick American fighter that has been climbing the UFC rankings of late. He now sits ninth amongst Featherweight competitors.

Both fighters are exciting to watch, but it is difficult to say whether or not Stephens can bounce back against a younger, upwardly trending opponent. Whoever wins could go on to challenge the current UFC Featherweight champion, Aussie superstar Alexander Volkanovski.