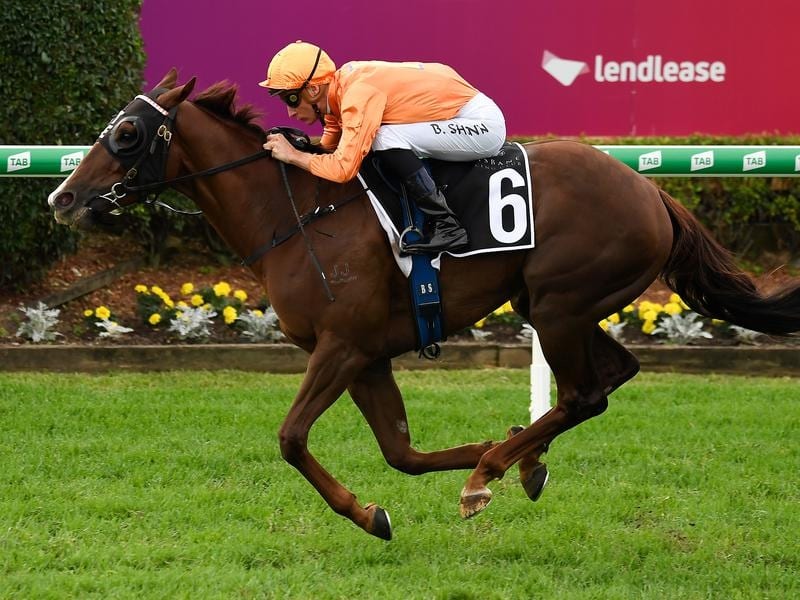 G1 placegetter Tyzone heads a list of 20 horses from the Edmonds stable to trial at the Gold Coast.

Team Edmonds will trial 20 horses on Monday including many headed to the Magic Millions day on January 11.

Tyzone will be joined by Whypeeo, Churning, Cadogan, Fit For Purpose and Mr Bellagio in the three open company heats over 1000m.

The consistent Tyzone is back in Queensland after a spring campaign in Melbourne where he finished just behind the placegetters in the Group Two Gilgai Stakes and Group Two TAB Stakes.

The winner of 16 races and $925,000 prize money, Tyzone was second to Trekking in the Stradbroke earlier this year.

Toby Edmonds said Tyzone was not eligible for the Magic Millions and would need to get a wild card into either race.

“He might head down to Sydney for the Razor Sharp (Dec 14) and then come back and try to snare a Millions wild card,” he said.

“I was thinking of running him in the QTIS Millions race but I don’t think he is eligible for the wild card race.”

Whypeeo has already trialled and ran the fastest of the morning when he won a heat at the Gold Coast three weeks ago.

He is also headed to Magic Millions day.

One of Whypeeo’s best runs was a fourth in the 2018 Magic Millions Guineas behind now top sprinter Pierata.

Cadogan ran fourth to Redouble in the Magic Millions Cup in January but struggled in a Brisbane campaign after contracting a severe virus in May at Scone.

He has been given a freshen-up as he also heads to the Magic Millions day.

Churning was well fancied in betting first-up when she finished a long last in the Listed Spirit of Boom Classic two weeks ago.

She wanted to buck on jumping and showed signs of lameness when she pulled up from the run and Edmonds will use the trial to test her recovery.

Fit For Purpose and Mr Bellagio are recent additions to the stable after originally being trained by Liam Birchley.

Fit For Purpose is a Millions horse and will be aimed at the QTIS race or Magic Millions Cup but Mr Bellagio is not eligible for the Millions and will need a wild card to contest any race on the big day.