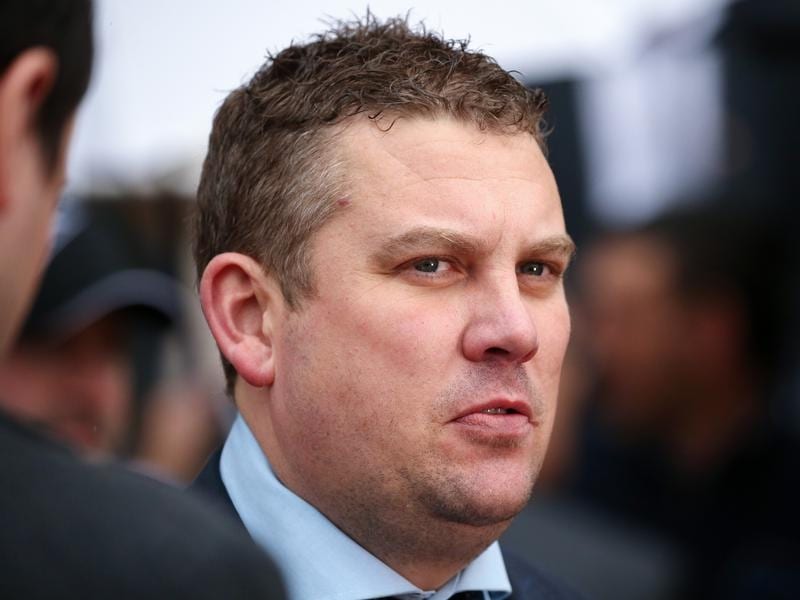 Trainer Trent Busuttin and partner Natalie Young will have two runners in the Pakenham Cup.

The Trent Busuttin and Natalie Young stable is planning a two-pronged attacked on the last feature staying race of the year in Victoria.

Last-start Sandown winner Maracaibo will be joined by Savvy Oak in the Listed Pakenham Cup (2500m) on Saturday.

Busuttin said the Pakenham Cup would give the stable an indication whether Maracaibo would then head to the Gold Coast for the $1 million Magic Millions Trophy (2400m) on January 11.

At her third run after a spell, Maracaibo appreciated the rise to 2100m when successful at Sandown on November 20.

“She ran fourth in a Victoria Oaks, second in the Adrian Knox Stakes in Sydney and fifth in the Australian Oaks,” Busuttin said.

“Fourth-up into the Pakenham Cup, it should be perfect on the big track and then hopefully she can make her way up to the Gold Coast for the Magic Millions.”

With a number of jockeys suspended, riding interstate or overseas, Busuttin said he was struggling to find a rider for Maracaibo while Michael Dee has been booked for Savvy Oak.

A winner over 2000m at Flemington on November 9, Savvy Oak returned a week later to finish ninth behind Southern France in the Zipping Classic (2400m) at Sandown.

“We threw him in the deep-end in the Zipping Classic and I thought he ran OK, but he was clearly outclassed,” Busuttin said.

“Dropping back to 54 kilos, he’s had two goes at 2500 metres before, running second in the South Australian Derby and a good seventh in the Victoria Derby.

He said Savvy Oak could progress to the Bagot Handicap (2800m) at Flemington on New Year’s Day.

“There’s not many stayers that are top shelf and that’s the beauty of Victorian and Australian racing, there is so much stake money for everyone else,” Busuttin said.