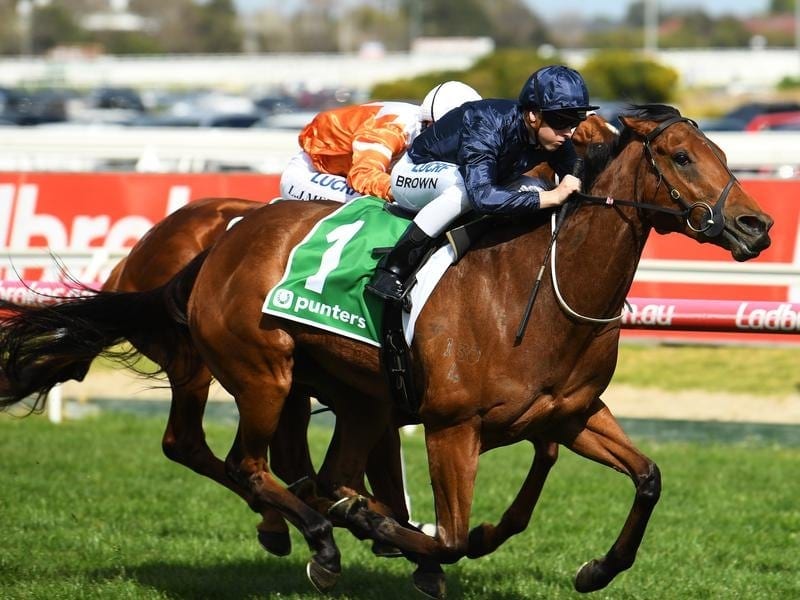 Lindsay Park mare Tulip has claimed a consolation win after missing a start in a Group One race.

After missing a start in the Group One Sir Rupert Clarke Stakes, quality mare Tulip has claimed a consolation in a race on the undercard at Caulfield.

Tulip was left stranded as fourth emergency for Saturday’s Rupert Clarke so instead connections ran her in the Punters.com.au Living Legends Handicap for mares and she carried top weight to victory.

With apprentice Ethan Brown claiming 1.5kg off Tulip’s 60.5kg, the four-year-old worked forward to sit outside the lead in the 1400m race then dug in for the fight in the straight.

Co-trainer David Hayes said the win was a small consolation but he felt Tulip would have been a genuine chance had she gained a start in the day’s feature.

Hayes was thrilled to see Tulip win beyond 1200m for the first time and believes as a more mature mare now she will now be able to stretch to 1600m this spring.

Hayes has the Group One Myer Classic (1600m) for fillies and mares in his sights with Tulip with the Group Two Blazer Stakes (1400m) at Flemington an option on the way there.

“She’ll be a good mare to follow I think,” he said.

“I’m sure now she’s a mature mare she’s got another string to her bow.”