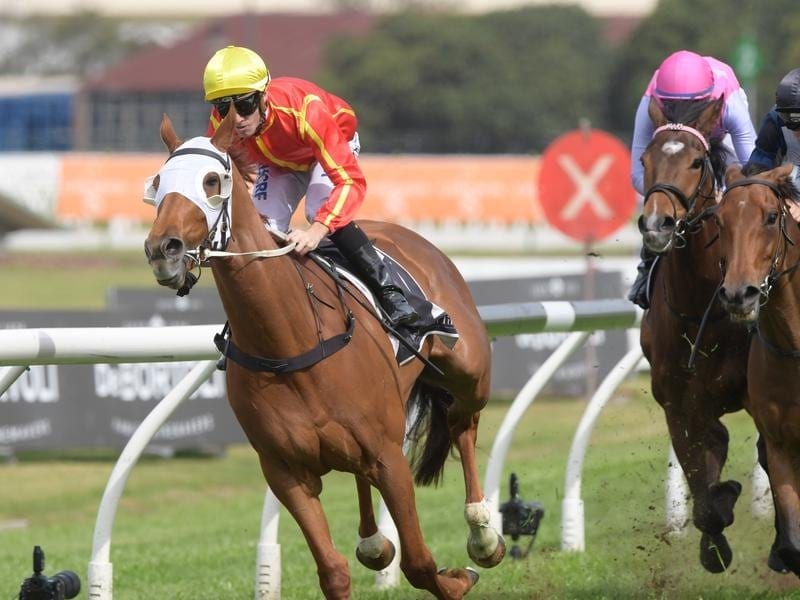 Melbourne mare Miss Admiration has made the most of a late nomination to win the JRA Trophy.

Melbourne trainer Mick Price’s decision to switch Miss Admiration to Sydney has led to a win at Rosehill that could pave the way to Caulfield Cup start.

Price’s preferred choice for the mare was The MRC Foundation Cup at Caulfield on Saturday but instead he lodged a late nomination for the JRA Trophy (2400m) at Rosehill.

Foreman Patrick Kearney said the decision, which came from a tip-off from Price’s daughter Kelly, had clearly paid dividends.

“She’s come up to Sydney in a nine-horse field and she dominated,” Kearney said.

Miss Admiration is likely to stay in Sydney for the Group One Metropolitan at Randwick next Saturday.

Now the winner of two races from 16 starts, Miss Admiration was placed twice at Group One level last autumn.

She finished third to Unforgotten and Hiyaam in the ATC Australian Oaks at Randwick before again running third to Sopressa and Sheezdashing in the Australasian Oaks at Morphettville.