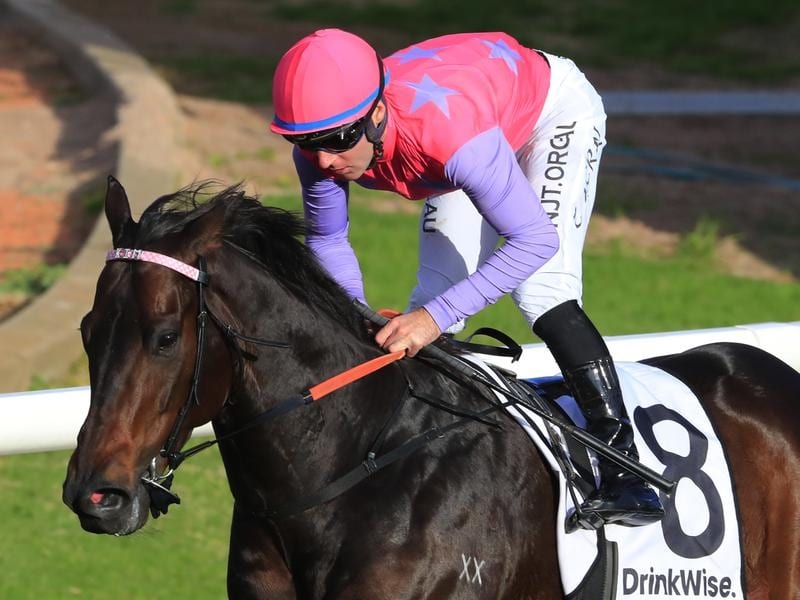 Trumbull has ended a frustrating run of minor placings to win the Listed Civic Stakes at Rosehill.

Sluggish starts have proven costly for Trumbull this campaign but the talented sprinter has finally done everything right to land a deserved stakes win at Rosehill.

The gelding had filled the minors in three of his four previous runs and had been luckless in the process, conceding big starts and often finding trouble.

Trainer Kim Waugh has worked tirelessly to rectify his barrier issues and her investment paid off with Trumbull posting an overdue victory in Saturday’s Civic Stakes (1350m).

“Finally. We have had such a frustrating run with him this whole preparation, he has just developed this silly habit,” Waugh said.

“We’ve given him a bit of barrier practice at home. I just said to Tommy (Berry), hold his tail up like we did last week and give him a big kick in the belly, let him know you mean business.

“He’s done my head in the last six weeks but it’s a big thrill when you put so much work into them and everything keeps going wrong but you finally get a result for the owners.”

Trumbull pinged the gates under Berry, who was having his first ride on the sprinter, and found a trailing position behind the speed.

From that point, both jockey and trainer were supremely confident.

Trumbull ($6) scooted along the inside to score by a length from Order Again ($9) with his Chris Waller-trained stablemate Dealmaker ($7) third.

Berry said he became concerned when they were in the starting stalls for some time so he jumped off the horse and hopped back on right before the field was released.

“It’s funny, when I jumped on him he knew it was game-on, he perked up a bit,” Berry said.

“When he jumped the race was sort of over. He got into a nice spot and we obviously know he’s got a good turn of foot and with a light weight on his back, he got the job done.”

Waugh also took a moment to spare a thought for Nash Rawiller who had ridden Trumbull at his past two starts but could not make his Civic Stakes weight.

“Nash said after his last start, I really hope I get one more ride on him because this couldn’t happen three times in a row,” Waugh said.

Waugh is keen to continue with Trumbull’s preparation and will consider a start in next month’s Ramornie Handicap at Grafton.