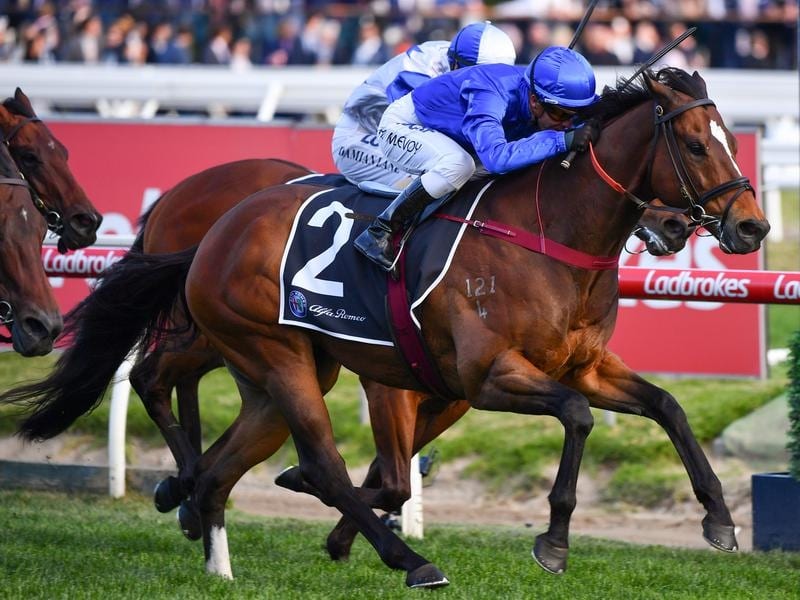 Godolphin has confirmed Schillaci Stakes winner Trekking will run in the $14 million Everest.

Godolphin and its Australian trainer James Cummings will have two runners in The Everest at Randwick after confirmation Schillaci Stakes winner Trekking will join Alizee in the $14 million sprint.

This year’s Group One Stradbroke Handicap winner, Trekking was offered the Melbourne Racing Club’s slot as the winner of Saturday’s Group Two Schillaci (1100m) at Caulfield.

On Sunday, Godolphin confirmed Trekking would back up in seven days after coming through the Schillaci without issue.

“The welfare of the horse is paramount, and we are pleased to report that he recovered well post-race and he is in very good condition this morning,” Cummings said.

Parr, who won Saturday’s Group One Spring Champion Stakes at Randwick on the Mark Newnham-trained Shadow Hero, rode Trekking to victory in the Listed Luskin Stakes Stakes at Scone in May.

“We knew it would be a big ask, given the seven-day back-up, but are happy that Trekking has pulled up well, and know that Godolphin are the team to ensure he goes in to Randwick in the best condition,” Blanksby said.

Saturday’s Everest meeting at Randwick is run on the same day as the MRC’s feature Caulfield Cup program in Melbourne.

Club member Mark Lloyd drew Trekking in the MRC Membership Everest Sweepstakes on Saturday and will take home $250,000 of the prize money should the sprinter win The Everest or $100,000 or $50,000 if he finishes second or third.

Godolphin also has its own slot and confirmed last week triple Group One-winner Alizee would run with Hugh Bowman aboard.

A proven fresh performer, Alizee goes to Saturday’s Everest (1200m) having not raced since her third in the Memsie Stakes on August 31.

“I get the feeling she’s just absolutely raring to go,” Cummings said.

After confirmation Trekking would run, the 12 Everest spots are now filled.

Redzel is a $9 chance to make it a three-peat.