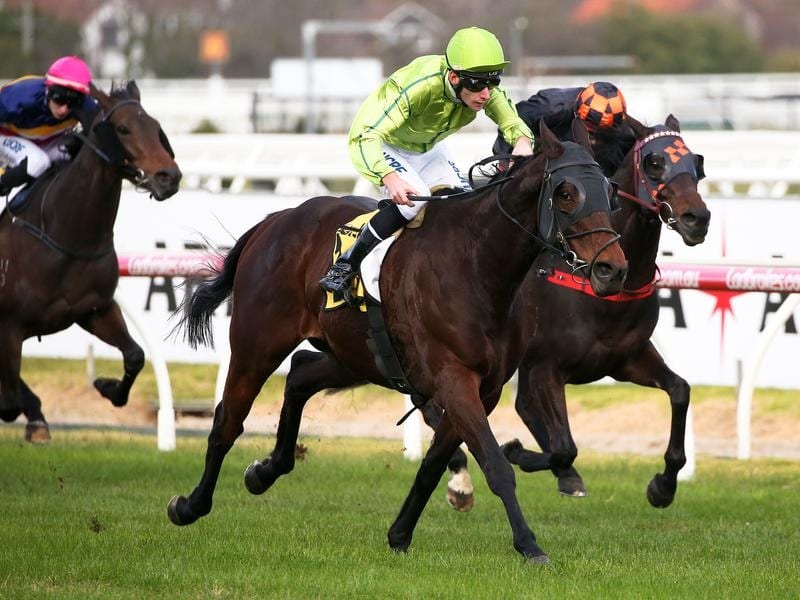 Self Sense will not run in the Caulfield Cup despite gaining a run via his Mornington Cup win.

Trainer David Brideoake has decided not to press on to the Caulfield Cup with Self Sense after the gelding finished last in the Herbert Power Stakes.

Self Sense had a ballot exemption into the $5 million race at Caulfield on Saturday courtesy of his win in the Mornington Cup in March and was rated a $101 chance.

The gelding showed a glimpse of form when fifth in the Ansett Classic at Mornington on September 28 before finishing more than 22 lengths from the winner, The Chosen One, in Saturday’s Herbert Power at Caulfield.

Brideoake said the gelding would now be spelled and brought back for an autumn campaign which may include another shot at the Mornington Cup and a campaign over jumps in the winter.

“The horse is well in himself and he pulled up well but it just seems a bit easier in the autumn,” Brideoake said.

“All the jumpers are about and with all the jumps trials you can use them as a training aid, whereas they’re not there now.

“He owes us nothing and he’s given everyone the greatest experience of all time.”

Self Sense is a nine-year-old and Brideoake says there are no plans to retire the 66-start veteran who has registered 15 wins.

“He’s terrifically sound and takes no management at all,” Brideoake said.

Stablemate Princess Jenni is likely to head to the Group One Empire Rose Stakes (1600m) at Flemington after finishing 12th behind Fierce Impact in the Toorak Handicap on Saturday.

“That gives us three weeks to the race, a lovely break to Flemington. It’s a pity it’s not at The Valley as she goes so well there,” Brideoake said.