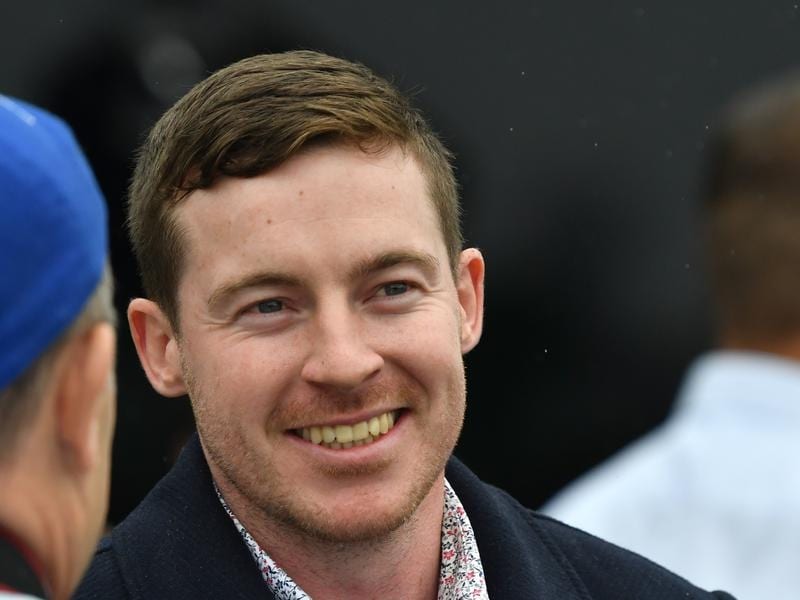 Trainer Ben Currie has been banned for another two years on race day treatment breaches.

Toowoomba trainer Ben Currie faces four-and-a-half years on the sidelines after being disqualified for a further two years for race day treatment.

Currie was already disqualified for four years on two charges involving text messages but he was partly successful in an internal review and had the sentence reduced by 18 months to 30 months.

The sentences are unrelated to five positive swab convictions from earlier this week with sentence on those charges likely to be given early next week.

On Friday, stewards disqualified Currie for two years after he was found guilty of 12 race day treatment charges.

Those guilty findings were made after a hearing last week when sentence was adjourned.

In five breaches of race day treatment without permission it was found Currie as the trainer caused the administration of a medication to five horses on the same day they raced at Doomben and Gatton on March 24 last year.

In a further seven charges it was found Currie caused the administration of a medication to seven horses on the same day they were engaged to race at Toowoomba on April 7 last year.

The charges followed a raid on Currie’s stable.

Currie’s two-year disqualification will be served cumulatively to the penalty for the two convictions subject of an internal review.

Before reducing the penalty, the internal review confirmed last month’s guilty verdict that Currie engaged in an improper action following an investigation into text messages relating to the intention to use an electronic apparatus capable of affecting the performance of two horses.

The state’s leading trainer on winners for the past two seasons Currie still faces an inquiry into 14 other charges from last year.

He has not had a runner since May 2 after Racing Queensland refused his nominations.