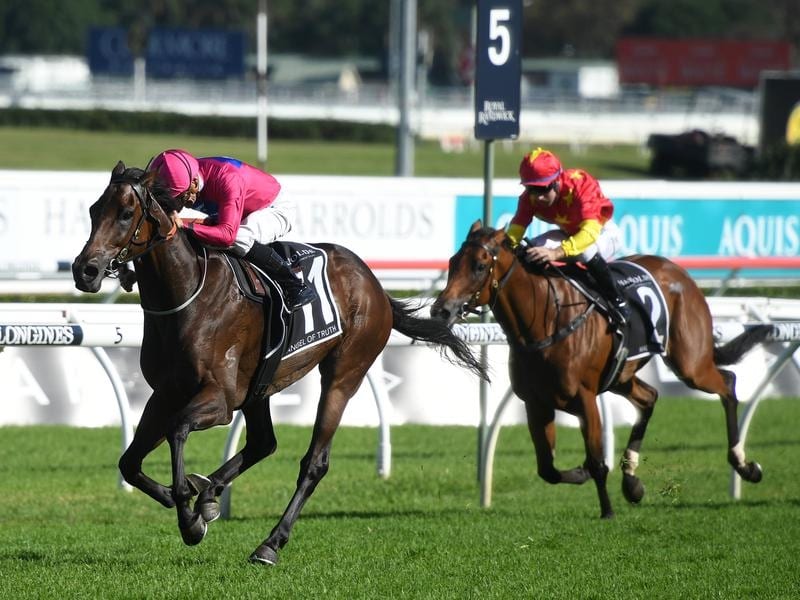 Australian Derby runner-up Madison County (r) will have his next Group One start in the Toorak Hcp.

New Zealander Madison County will get his latest chance to post an Australian Group One win in the Toorak Handicap at Caulfield.

A dual Group One winner in his homeland over the Toorak distance of 1600m, Madison County is set for his fourth attempt in an Australian Group One race on Saturday with his best result so far a second in the Australian Derby (2400m) at Randwick in April.

The gelding made his spring return in the Group One Sir Rupert Clarke Stakes (1400m) on September 21 at Caulfield and did not have the best of luck, finishing ninth in the race won by Begood Toya Mother after being held up between the 400m and 150m.

Trained by Murray Baker and Andrew Forsman, Madison County has since had a jump-out at Flemington last Friday as part of his preparation for Saturday’s Toorak.

“He just didn’t get much of a go the other day in the Rupert Clarke first-up,” Baker said.

Madison County is the equal highest rated horse along with So Si Bon among the 28 nominations for the $500,000 Toorak, which has a field limit of 18 plus emergencies.

Baker is also hoping for an improved showing from The Chosen One at Caulfield on Saturday in the Group Two Herbert Power Stakes over 2400m.

The four-year-old ran well for fifth after a wide run in the Feehan Stakes (1600m) before his ninth in the Group One Underwood (1800m) at Caulfield on September 29.

He steps up to 2400m in the Herbert Power which offers a ballot exemption into the following week’s Caulfield Cup to the winner.

“He goes all right over ground,” Baker said.

“He ran fourth in the (Australian) Derby.”

In Sydney on Saturday, New Zealand’s premier stable has Quick Thinker and Rhaegar entered for the Group One Spring Champion Stakes (2000m) for three-year-olds at Randwick.