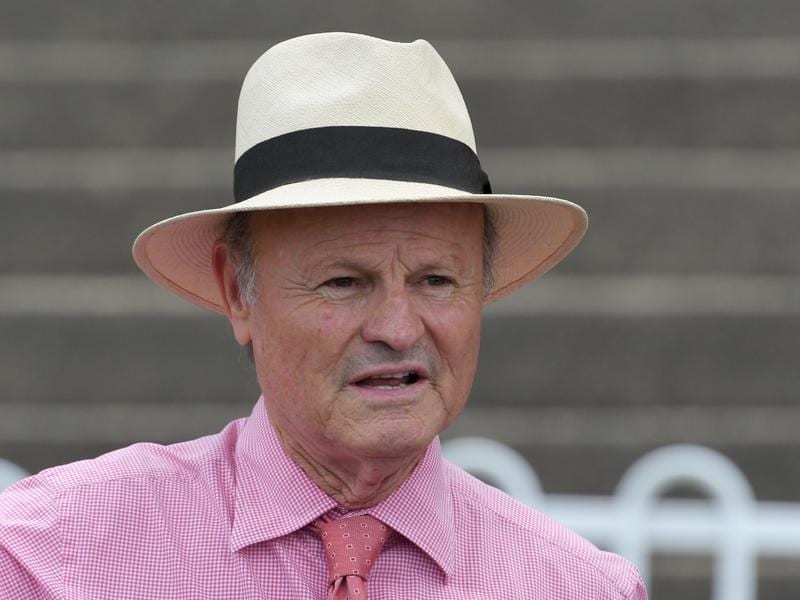 Trainer David Payne is hopeful rather than confident heading to the Spring Champion Stakes.

David Payne could have three runners in the Group One Spring Champion Stakes but concedes they are probably running for second.

The Mark Newnham-trained Shadow Hero is the $1.70 favourite to back up his Gloaming Stakes win with victory over 2000m at Randwick on Saturday.

Shadow Hero is also the dominant favourite for the Victoria Derby at $2.60.

Payne won the Spring Champion with Ace High in 2017 with the colt going on to claim the blue riband at Flemington.

Whether Dummy Run, Fasano or Persan get that far remains to be seen but Payne hopes all three can perform well this spring.

Dummy Run is a half brother to Tarka who Payne trained to beat Dealmaker and The Autumn Sun in the Stan Fox Stakes last year.

On a tragic day for the stable in April, Tarka died after suffering an apparent heart attack before he was to race at Randwick and on the same afternoon Persan fell in the Fernhill Handicap as he was working into the finish.

He remains a maiden but Glyn Schofield will stick with him as he tries to regain some form.

“Dummy Run ran second at Newcastle on Saturday so I’ll just keep an eye on him to see whether he backs up,” Payne said.

“Persan is a nice horse and Glyn was keen to stay on him after his fifth to Shadow Hero so I’m hoping that means he can show something.

“Fasano is also in the Stan Fox and might be more of a 1600 metre horse so I think he will run there.

“Shadow Hero is obviously the one to beat in the Spring Champion along with Castelvecchio who could be looking for more ground.”

Castelvecchio is already a Group One winner of the Champagne Stakes and finished seventh, four lengths from the winner Bivouac, in the Group One Golden Rose (1400m).

There were 13 entries taken for the Spring Champion on Monday, all colts and geldings.

Fillies have won two of the past three Spring Champion Stakes with Yankee Rose successful in 2016 and the Newnham-trained Maid Of Heaven last year.