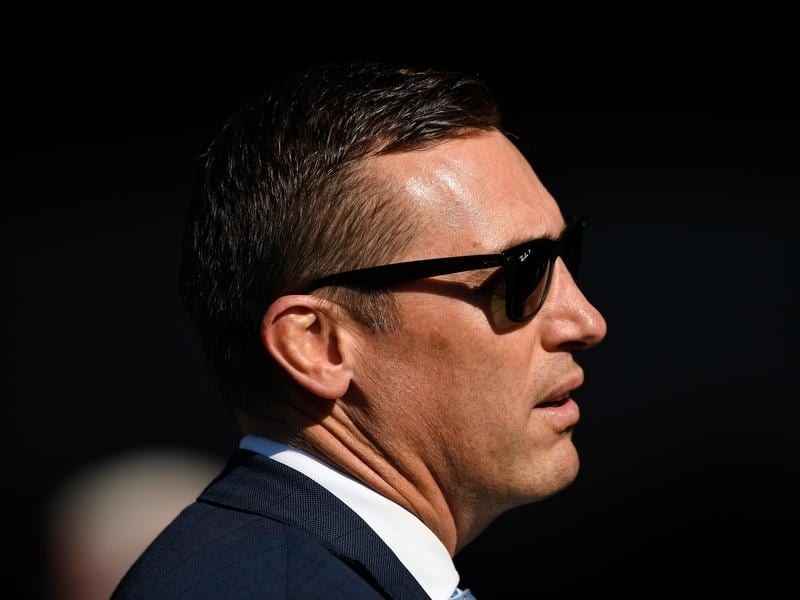 Brisbane trainer Tony Gollan is ramping up preparations for his southern carnival team.

Brisbane’s premier trainer Tony Gollan is step up preparations for the Sydney and Melbourne spring carnivals with his four top horses.

Gollan will use jump-outs at Eagle Farm on Tuesday to tone Zoustyle, Garibaldi, Niedorp and Vincere Volare.

Garibaldi and Niedorp will then head to the two divisions of the three-year-old handicap at Eagle Farm on Saturday.

“There are divisions for the boys and the girls over 1000 metres which are ideal at this stage of their campaigns,” Gollan said.

“Garibaldi is then off to Melbourne and we will finalise Niedorp’s program after Saturday.”

Niedorp has been impressing in trackwork in recent weeks and has been nearly as flash as stable star Zoustyle.

Unbeaten Zoustyle will take on an all-star field in the Group Three Concorde Stakes in Sydney on Saturday week.

The Concorde (1000m) at Randwick looks like being an outstanding contest with several leading chances in The Everest using it as a stepping stone to the $14 million race on October 19.

While there is speculation Zoustyle is chasing a spot in The Everest, Gollan is keeping a lid on any discussion until after the Concorde.

“It will be a top-class field and give us an idea of where we stand,” he said.

“Of course everyone would like a spot in The Everest but there are a lot of races to suit Zoustyle in the spring.”

Brad Stewart, who has ridden Zoustyle in all six of his wins, will have the Concorde ride.

“Brad knows the horse so why change now,” Gollan said.

Vincere Volare’s program will also be decided in the next few weeks and she is likely to head to Sydney.