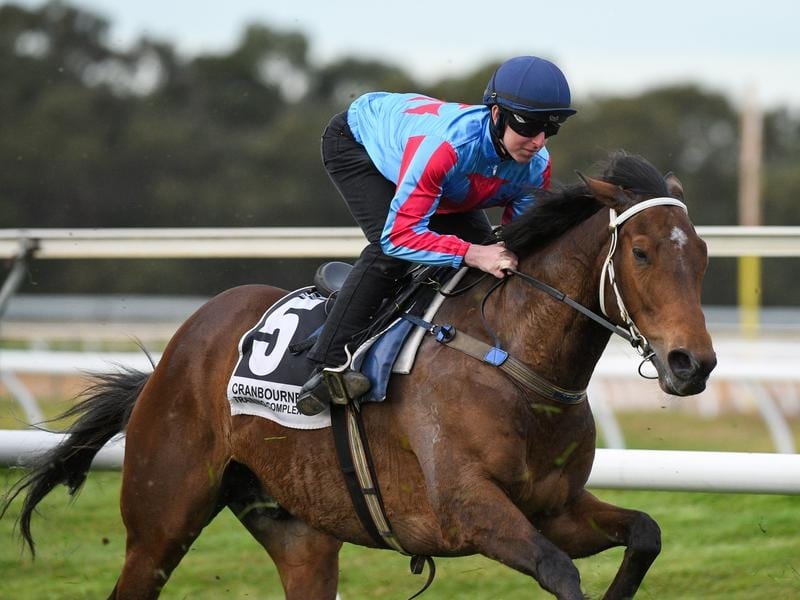 Humidor is ready to defend the Memsie Stakes, Melbourne’s first Group One race of the season.

The news that Mystic Journey is to bypass the Memsie Stakes at Caulfield is music to the ears of trainer Ciaron Maher.

Maher, who trains in partnership with David Eustace, will have two runners in Melbourne’s first Group One race of the new season.

Cliff’s Edge and Humidor will represent the stable and Maher could not have been more succinct when he learned Mystic Journey was being reserved for the Group One Makybe Diva Stakes at Flemington on September 14.

Cliff’s Edge was beaten three-quarters of a length into second place by Mystic Journey in the P B Lawrence Stakes at Caulfield on August 17.

Maher said that performance had brought on Cliff’s Edge who will be racing third-up in Saturday’s 1400m weight-for-age contest.

“He’s flying. That was a huge run the other day,” Maher said.

While Mystic Journey will be missing, Godolphin trainer James Cummings has confirmed star mare Alizee will run along with stablemate Hartnell.

Maher is looking forward to Humidor making his debut for the stable.

Previously trained by Darren Weir, Humidor won the Memsie Stakes second-up last year and will be entering Saturday’s race first-up this time around.

Maher said after two official trials and a jump-out, Humidor was ready to make his racetrack return after missing the autumn with a leg Injury.

Humidor will be ridden by Damian Lane who was aboard the gelding when he ran third to Winx in last year’s Cox Plate.

“He’s had three trials now and he’s ready to go, but will be improved by the run,” Maher said.

“He’s a quirky bugger but he seems free and happy and Damian Lane knows him very well and he’s happy with him.”

Maher is aiming Humidor towards a third attempt at the Cox Plate after his second and third in the past two years.

The trainer does not believe the gelding has lost any of his ability after his injury lay-off.

“He’s shown me enough but I haven’t squeezed him that hard yet,” Maher said.

Maher has elected to keep Kenedna, seventh in the Lawrence Stakes, for the John F Feehan Stakes at Moonee Valley on September 7 and will re-apply blinkers.

“I think she had the same last furlong as the winner first-up and that was with the shades off, so we’ll put them back on her,” he said.