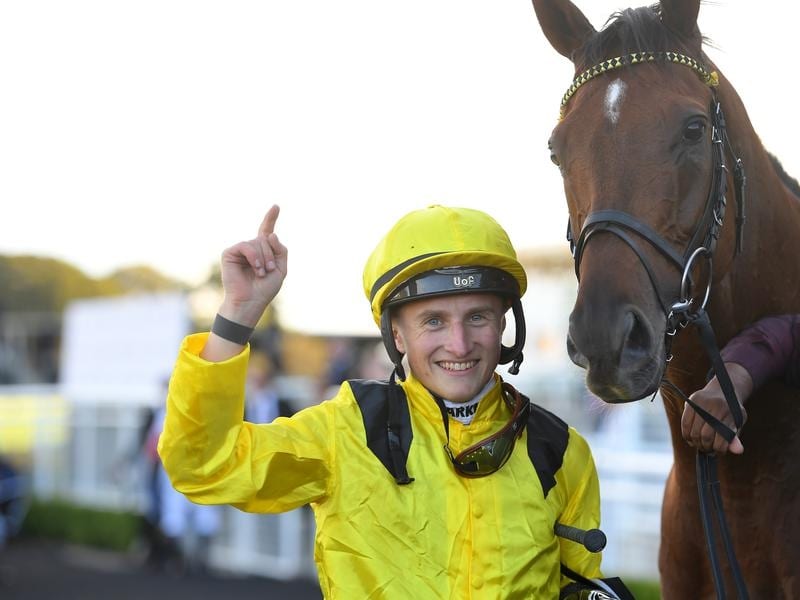 Young English jockey Tom Marquand has achieved more in a few short weeks in Sydney than he could have imagined.

After a successful stint during the Australian summer, Marquand returned to Sydney primarily to ride English horses Addeybb and Young Rascal for trainer William Haggas during the autumn carnival.

In the meantime the world has become a different place with the global coronavirus pandemic disrupting everyday life and affecting every sport.

Australia remains one of the few countries holding race meetings and it was against this backdrop Marquand rode his first Group One winner when Addeybb won the Ranvet Stakes at Rosehill on March 21.

Young Rascal did not appear to see out the 3200m of Saturday’s Cup but Addeybb again stepped up in the $2 million Queen Elizabeth Stakes (2000m).

“Honestly, I feel I had my dream day a few weeks ago but today I was kind of thinking Addeybb would be vulnerable and Young Rascal would be the one to get me out of jail,” Marquand said.

“I think a lot of people are underestimating how much this means to me.

“I’m very young (22) and hopefully have quite a long time ahead of me in the saddle, but to come down here and win a QEII on an English horse, for someone who has given me a lot of support, at a time that has been tough for English racing, it could not mean any more.”

Marquand said he hoped to return to England after next Saturday’s All Aged Stakes meeting.

“Obviously it is getting harder and harder to get home and having ridden at the Championships I’ve probably had my fair share of luck for this year,” he said.

For good measure, Marquand also had a Listed win on the day aboard Indy Car in the South Pacific Classic.