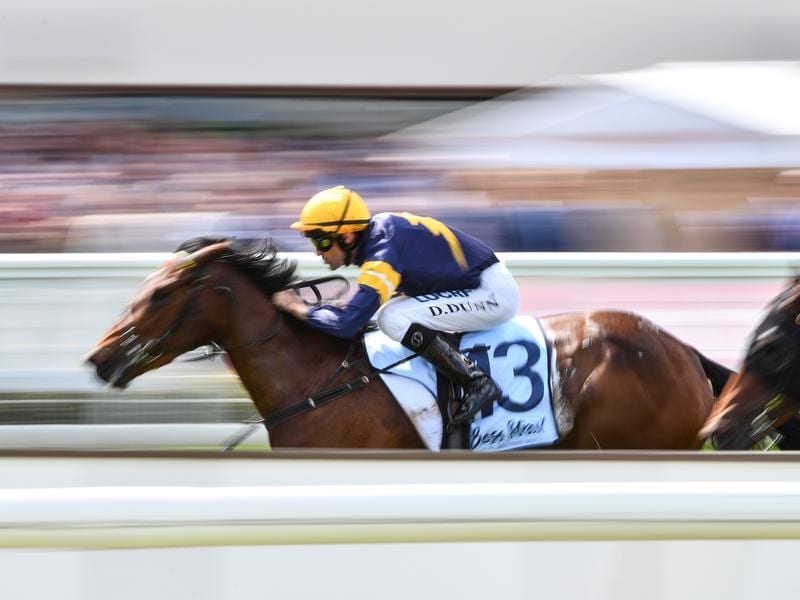 Tofane has won the Thoroughbred Club Stakes, the four-year-old’s first at black-type level.

A week after a filly in her family raced to a Group One win at Randwick, four-year-old mare Tofane has claimed a valuable stakes race victory of her own at Caulfield.

The Mike Moroney-trained Tofane unleashed a powerful turn of foot under jockey Dwayne Dunn to sweep past her rivals at the business end of Saturday’s Group Three Bass Strait Beef Steaks (Northwood Plume Stakes), winning the 1200m race for mares by a length.

Lightly raced Tofane was runner-up at Group Two level in the Euclase Stakes in Adelaide last season and Saturday’s victory was important as it was her first at stakes level.

“Especially with Funstar coming out last week and winning a Group One, she’s a very valuable mare now,” Moroney said.

Tofane, by Ocean Park, defeated subsequent Blazer Stakes winner Haut Brion Her over 1200m at The Valley two starts ago before failing at her most recent start in the How Now Stakes at Caulfield last start.

Moroney decided to keep the mare at 1200m and that decision was rewarded, with Tofane ($19) defeating $3.70 favourite Manicure with three-quarters of a length to Sweet Scandal ($12) third.

“That’s the turn of foot that we know she’s got,” Moroney said.

“She’s going to be really exciting.”