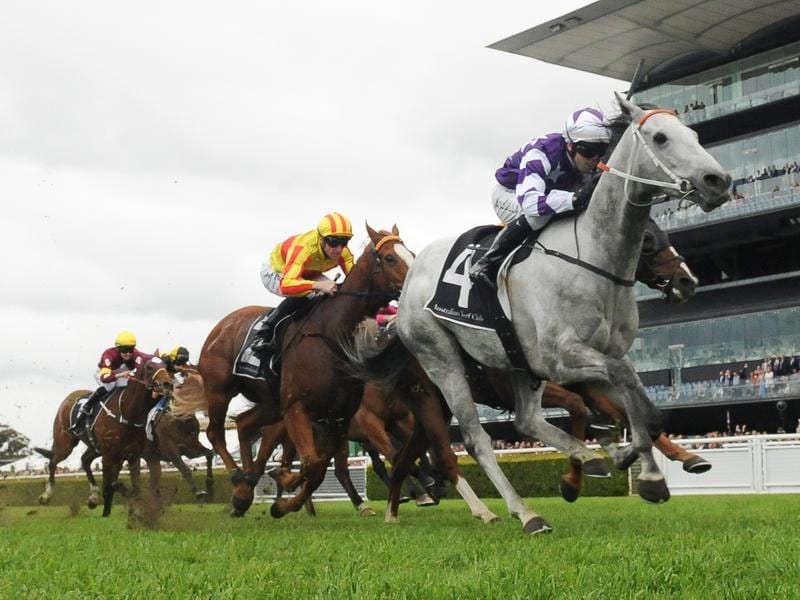 Greyworm has made it five wins in 10 starts to give Hawkes Racing an early Randwick double.

Imported stayer Master Of Wine has landed his first Australian win with a runaway performance at Randwick and co-trainer Michael Hawkes says it will not be his last.

Master Of Wine ($2.10 fav) delivered on the promise he had shown in five previous local starts to score by four lengths over High Opinion ($8.50) in the Harrolds Handicap (2000m) at Randwick on Saturday.

Hawkes was thrilled to see the horse put it all together and said some tweaking of the five-year-old’s gear helped.

“We put the full set of blinkers on today and it probably made the difference,” Hawkes said.

“The tempo helped as well, it was a key factor.

“He’s a progressive horse. He’s probably a good 12 months away yet from being something.”

Master Of Wine gave Hawkes Racing the first leg of a running double with Greyworm adding the icing to the cake 35 minutes later with a gritty victory in the Cerrone Handicap (1400m).

Greyworm took his record to five wins from 10 starts and Hawkes described him as a genuine competitor.

“The leader (You Make Me Smile) has rolled along and he’s had to cart the rest of the field up and he had to sustain that run a long way from home.

“He was just way too good.”

Greyworm ($5) had three-quarters of a length to spare over Thy Kingdom Come ($10) with Quackerjack ($5 equal fav) another half-length away.