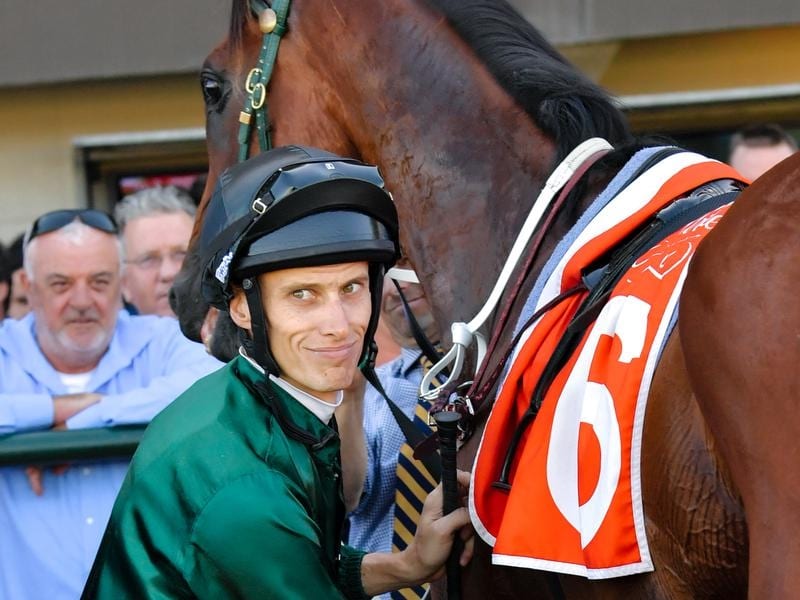 Adelaide jockey Todd Pannell heads to the Gold Coast to ride Russian Romeo for Will Clarken.

Top South Australian jockey Todd Pannell hopes to pick up several extra rides when he makes a return to his former base in Queensland to partner Russian Romeo at the Gold Coast.

Last-start Morphettville winner Russian Romeo will be a leading contender in Saturday’s $250,000 Rising Stars colts and gelding division but will first face a battle to make the field.

The lower prize money scale in South Australia means Russian Romeo has earned $73,000 which will put him on the cusp of getting a run with 25 entries taken on Monday for the race which has a field limit of 16 plus five emergencies.

The Will Clarken-trained Russian Romeo is also nominated for the Class Six Plate and Country Cup on the day.

Pannell was apprenticed to John Hawkes when the champion trainer had stables in four states in the 1990s and early 2000s.

He spent much of his apprenticeship in Sydney before riding for Hawkes’ Brisbane stable.

Pannell returned to his home in South Australia and won the Group One Goodwood on the Tony McEvoy-trained Despatch earleir this year.

The leader in both the Adelaide metropolitan and South Australian riding premierships this season, Pannell has also ridden 150 winners in Queensland.

Pannell also won the The John Letts Medal last season for most outstanding jockey in SA.

Panell’s manager Melissa Shield said he was looking forward to getting back to Queensland.

“The Gold Coast meeting is always huge and Todd had a lot of luck there over the years,” Shield said.

“He is a genuine Group One rider these days and we are hoping he can get a few more rides on the day.”