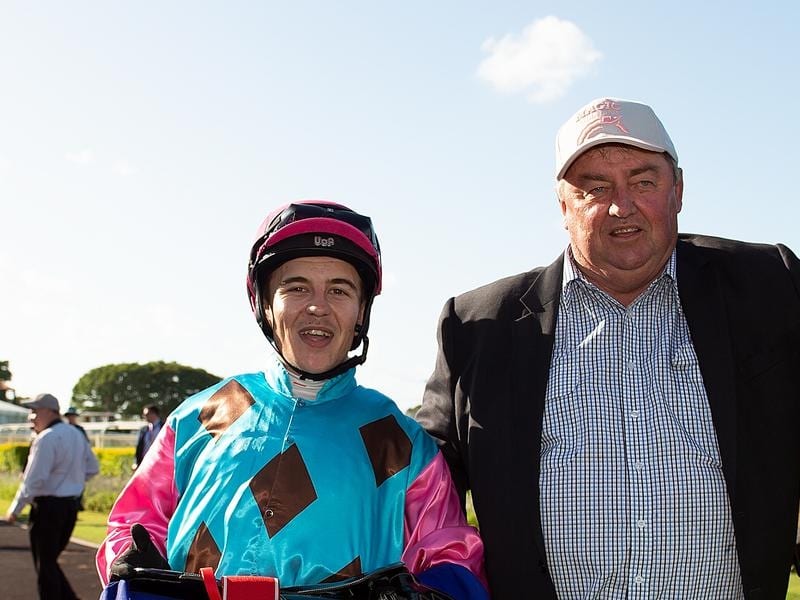 There is one thing trainer Kevin Kemp won’t contemplate for his gelding Tisani Magic after Saturday’s meeting at Doomben and that is a spell.

Tisani Magic will be having his 16th start for this preparation when he makes his open company debut in the A Night In France Handicap (1350m).

The gelding has won three of his past four starts with his latest in the $125,000 Provincial Sprinters Final on a heavy track at the Sunshine Coast two weeks ago.

Kemp said there was no real secret to Tisani Magic’s love of racing.

“He just doesn’t seem to like being in a paddock. He just seems to love being around the stables,” Kemp said.

“He had his first run this campaign on December 1 so he has been racing for nearly eight months. They don’t come much tougher than that.”

Kemp said Tisani Magic would eventually need a break but there were no signs he needed one just yet.

“Why spell him when he is racing so well? He is up to running in open company and he has a tricky barrier,” Kemp said.

“But provided he can get some cover just off the lead he should well. The only time he was beaten recently he was ridden to lead and that isn ‘t his go.”

Kemp has had a lot of luck with Tisani Magic’s dam Clear Run who has also produced Tisani Tomso and Tisani Boy.

“There are a couple more to come but I have certainly had luck with her offspring,” he said.

Luke Tarrant will retain the ride on Tisani Magic after winning at the Sunshine Coast on the gelding.

Kemp has had a good year and his willingness to travel earned him his 38th winner of the season with Mister Spinks at Grafton on Wednesday.