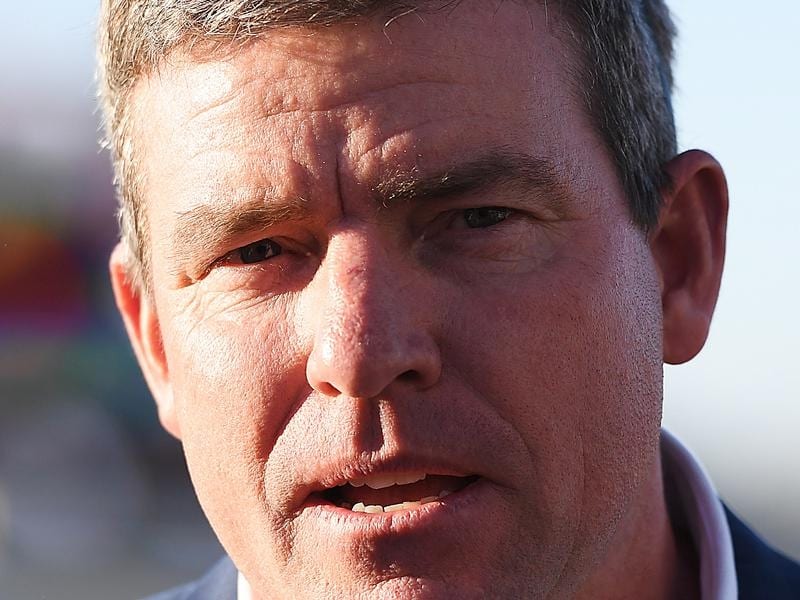 Trainer Stuart Kendrick has high hopes for two-year-old Chill The Beer who runs at Doomben.

Stuart Kendrick has trained 14 individual two-year-old winners this season but Chill The Beer is the one to give him an extra bit of satisfaction.

Chill The Beer has won two provincial races and gets his first chance in Brisbane in the Brent Kielly Memorial Handicap (1200m) at Doomben on Saturday.

The gelding is by unfashionable sire Straight who stands on a property near Dalby on the Darling Downs.

Straight is impeccably bred, being by top sire Lonhro out of the Commands mare Unswerving and was originally trained by Anthony Freedman in Victoria.

He finished his career with Maryann Brosnan on the Gold Coast and he won the $100,000 Brisbane Town Plate for her at Eagle Farm.

Chill The Beer has been the best of the progeny with two wins, two minor placings and a fourth from five starts.

Kendrick said Straight had only limited numbers of horses to race but his progeny had all shown ability.

“Chill The Beer is typical of the breed as he is very consistent and tries very hard,” Kendrick said.

He said he realised Chill The Beer faced a stiff task against some smart two-year-olds but he was confident the youngster could belie his double-figure odds.

“It isn’t right to say Chill The Beer has surprised me as he always showed plenty on the track,” Kendrick said.

“But I suppose you get a bit of extra satisfaction when you win races with horses who are unfashionably bred.

“His last-start fourth in the Bruce McLachlan Classic showed he is up to city class.”

Kendrick’s 14 two-year-old winners have won 18 races and they have also run 10 seconds and six thirds.

His best two-year-old win was on the Listed Dalrello Stakes with Jagged Edge.

Kendrick said he hoped his two-year-olds would train on to be good three-year-olds.

“We have had a couple of horses run second and thirds as well so we have a strong team of young horses,” he said.

“I would like to finish a bit higher in the metropolitan premiership next season and we have 20 nice yearlings about to turn two,” he said.

Kendrick had his 72nd winner for the season when Lips N Hips won at Doomben on Wednesday.