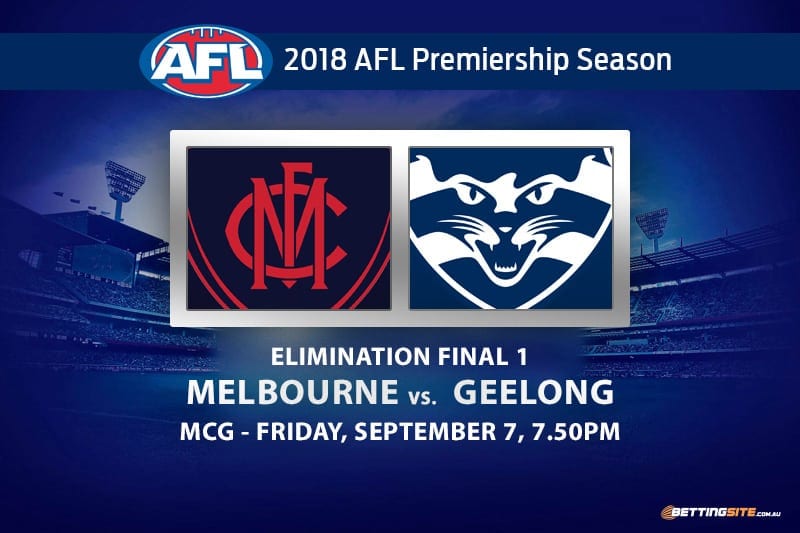 Friday night footy is rarely as juicy as this week’s clash.

The Melbourne Demons will battle with the Geelong Cats at the Melbourne Cricket Ground in an Elimination Final the footy world will savour.

Two of the best matches home and away matches in the 2018 AFL season were played between these two sides. In round one when Max Gawn blew the opportunity to put the Demons ahead with seconds to spare on the scoreboard and more recently in Round 18, the Cats kicked an incredible eight goals in the final quarter, one of which was after the siren, for the victory.

If this week’s match follows the same script as the previous two encounters, it’s going to be a nail-biter.

The back-to-back beltings of Fremantle and Gold Coast were merely warm-ups for the Cats as they finished the regular season, whereas the invigorating triumph over the Giants in the final round of the season would have immensely boosted the moral of the Demons.

The two oldest sides in the competition will wrestle for a spot in the semi finals — the loser packing their bags and waiting for next year.

Here are the tips that have been hand-picked for this massive Friday night blockbuster.

For a player that has averaged 21 disposals all season, the $1.53 odds are very healthy and enticing. Salem has become one of the premium half backs in the league, using his elite kicking to propel the Demons forward for most of their offence. Salem was very active in the Demons’ last match against the Giants, recording 26 touches and taking seven marks. If Salem can continue to build upon his already good form, he will be able to get above 20 disposals with ease.

The Best First Year Player as voted by his peers was Tim Kelly and rightfully so. Kelly averages 23 disposals and a goal per match so far in 2018. For a player who has just entered the system, those numbers are noteworthy. In four of Kelly’s last five matches in Victoria, Kelly has tallied over 30 disposals. If that form isn’t good enough, than maybe Kelly isn’t the punt for you. The $2.10 odds are good enough as is, but the $6.50 odds for Kelly to break the 30 mark are stunning.

Simon Goodwin’s Demons have enjoyed a very high-scoring fortnight of football, breaking the century mark in their last two matches, kicking 15 and 16 goals against the Eagles and Giants. When they face the Cats, who are still without Tom Stewart, the Demons should be able to translate their form into the finals intensity.

The Cats have had no trouble scoring in recent weeks, but will need to find another level against the Demons. We’re backing the Demons in to do a better job on Tom Hawkins, leaving too big of a hole for the rest of Geelong’s hit-or-miss forward line to fill.

It’s clear from the past two matches that the Demons and Cats matches are close and intense. The 15 point buffer is enough of a cushion to justify the $2.50 odds. Even if the line was lower than 15, this would still be a good bet, so taking the $2.50 is not the worst option you can make this week. As both matches in the regular season were won by under a goal, it’s fair to say this match could do so too.

If Simon Goodwin and his men can overcome their Demons during the week, Melbourne is a great chance to win. The losses earlier in the year will boost the Demons’ motivation to win. They will ride the wave of momentum into September and will use it to take down the Cats.