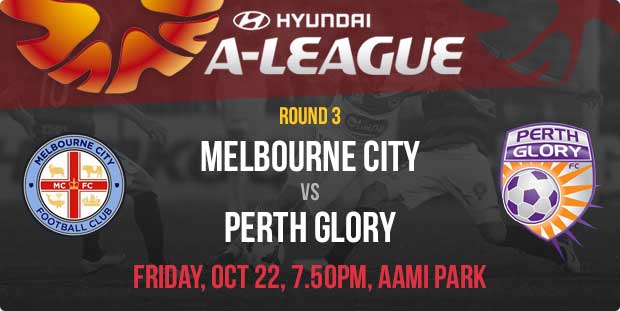 TIM Cahill, welcome to the A-League.

The Socceroos superstar announced himself on home soil in the most wondrous of ways, striking a ridiculous 35m goal in his A-League debut that is the talk of the Australian soccer landscape.

Latching onto a lose ball that sat perfectly, Cahill must have thought to himself “I’m going to have a crack at this”.

And boy, did he hit it sweet, breaking the hearts (see what we did there) of cross town rival Melbourne Victory with a stunning finish that left keeper Lawrence Thomas staring into the void.

Too much power, too much swerve.

The goal laid the foundations for City’s 4-1 lashing of Melbourne’s supposed number one team and might have ushered in a changing of the guard.

The question is, though, can Cahill do it again against Perth Glory on Friday night.=?

On available evidence, there is no doubt.

Cahill is a big game performer and possesses a highlight reel like few others.

Whether it was his brilliant goal against the Dutch during the 2014 World Cup, his remarkable scissor kick against China in the Asian Cup or his record-breaking MLS goal for the New York Red Bulls, stunners are this bloke’s specialty.

And we reckon he could average somewhere in the range of a goal in each game he plays for Melbourne City, given the drop in standard.

And that means Perth might be in for it.

Against Victory, Cahill did not do a power of work, but everything he did exuded class, including the pin point cross that gave City captain Bruno Fornaroli a diving header.

Midfield superstar Luke Brattan and another of their skilled midfielders in Fernando Brandan also got on the sheet in the 4-1 belting, giving City plenty of bragging rights – and confidence – going into the clash with another title fancy in Perth Glory.

The Glory should really have two wins from two, just like City and top of the table Sydney FC, but they wet the bed after half time in round one and squandered a 3-0 lead against the Central Coast Mariners to go away with a 3-3 draw.

But they got things back on track on the weekend, two second half goals against the Wellington Phoenix giving them a comfortable 2-0 win.

There was no quarter asked and none given in the match with the Phoenix, the two sides producing seven yellow cards between them, without a red.

It was reigning Johnny Warren Medallist – and current favourite – Diego Castro who got the ball rolling for Glory just after the break when he converted a penalty to make it 1-0 after Chris Harold was tripped over in the box.

It should have been two less than 15 minutes later when Andy Keogh fudged his penalty attempt.

Leave them to Diego, Perth.

At 1-0, there is always a chance of something going awry, but Nebjosa Marinkovic put the match beyond doubt when his power packed first time effort from a Josh Risdon cutback found nothing but net.

It put the Glory on the winners’ list for the first time this season and will no doubt have buoyed their confidence going into this one.

The underdog tag is not something the Glory have often warn, so this might be a new experience going up against the new look Melbourne City outfit.

Will they relish it, or wilt in the face of adversity.

We’re on the Cahill bandwagon, just like every body else. Place your bets and watch this man work his magic.

How good has this guy been. Tough, uncompromising, lightning fast and technically gifted, you just feel like he has goals flowing through his veins. Does his best work setting the table for his strikers, but is no slouch in front of the uprights and it would not be a surprise if it were Kamau who provided the early breakthrough.

Fired for the Glory first last week and looks well over the odds at $10. Is among the most talented players in the A-League and he will be target number one for City. If they stop him, they will go a long way toward winning this match up.

The over 2.5 goals might just be the bet of the round. These are two high octane, high powered offensive A-League forces. And this game should have goals galore. Both sides have five goals each in their opening two games and the attack forces – City’s Cahill, Fornaroli, Perth’s Castro, Keogh, among others – could find themselves peppering each other’s goals. City will start favourite, and for good reason after their demolition job of Victory last week, coupled with home field advantage. But this Glory team is legit and it would surprise no one if they were even able to come to Melbourne and steal all three points. We don’t think that is going to happen, though, and we’re backing the two teams to finish with a high scoring stalemate.