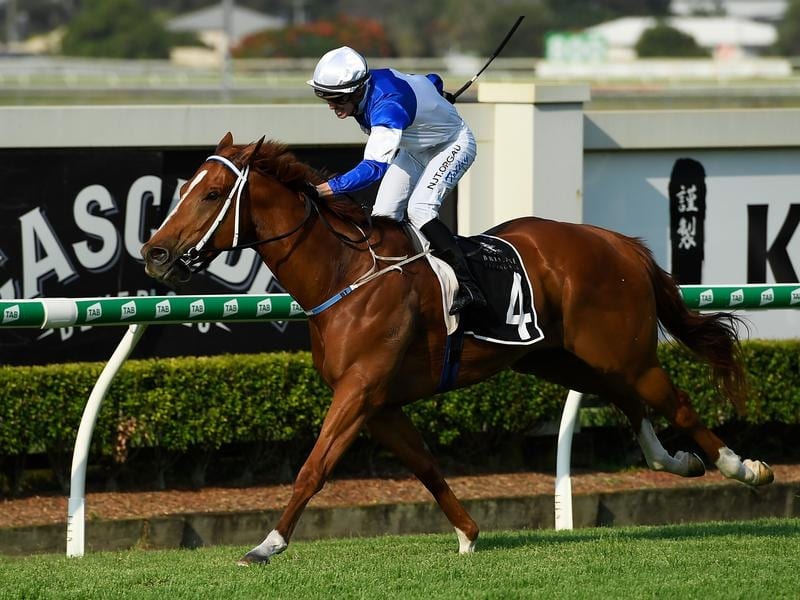 Spurcraft has led all the way to win the Listed Bribie Handicap for jockey Les Tilley.

Jockey Les Tilley put aside some drama earlier in the day to steer Spurcraft to a brilliant return win in the Listed Bribie Handicap at Doomben.

The win was Toowoomba trainer Charlotte White and Tilley’s first stakes victories but there is likely to be more to come with Spurcraft.

Spurcraft ($2.70) was having his first start since May and after having a tie-back throat operation was far too good for a field on handy sprinters.

Tilley took the gelding straight to the lead and he came away to win by 2-3/4 lengths to Badajoz ($14) with three-quarters of a length to Tycoon Ace ($5.50).

Spurcraft’s time of 59.45 seconds was just outside the course record of 58.83 held by top mare Houtzen.

Earlier in the day, Tilley was involved in an incident where apprentice Nick Keal admitted riding his mount Advance Warning into Tilley’s horse Romakash after the line in the Hamilton Hotel Handicap.

Tilley was suspended for 11 days for causing interference to Keal earlier in the race and Keal pleaded guilty to improper riding.

Spurcraft and Tilley have combined to win nine races.

White, who is also deputy head of the Clifton State School, said Spurcraft would press on to the Listed Falvelon Stakes at Eagle Farm and hopefully gain entry into the Magic Millions Snippets race on January 11.

“He had a tie-back operation after he ran second in the Bat Out Of Hell in May. We decided to give him a really long break and it is paying off,” White said.

“I knew he was back after we gave him two jump outs and he won them easily.”

Tilley said he had a special place for Spurcraft who was overdue for a stakes win.

“I think I stuffed up when we were second in the Listed Chief De Beers earlier this year. This win made up for it,” he said.

“Now he is breathing properly he will be hard to beat in anything.”