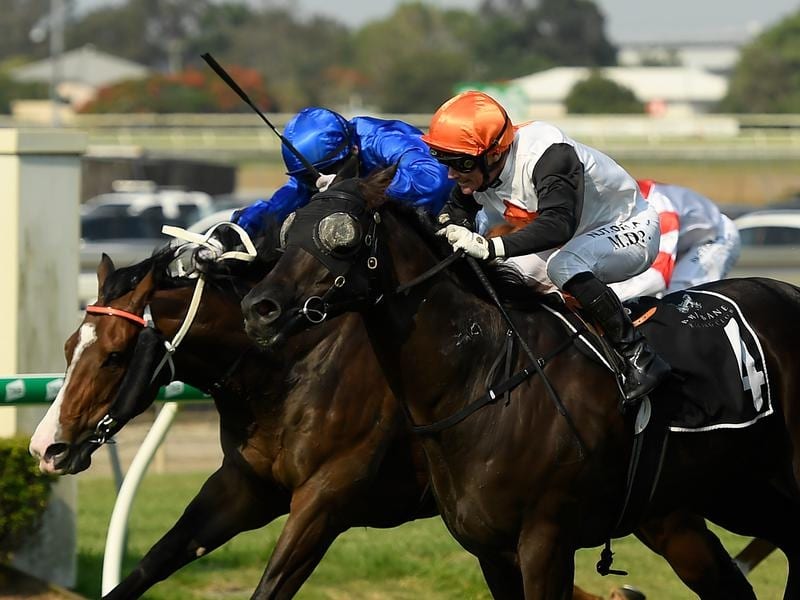 Stella Ombra (right) has broken a long run of outs to score an upset win at Doomben.

Stella Ombra has been a consistent galloper for Schweida in his 29 previous starts since his last win but things have often gone against him.

“His recent form has been OK and we fiddled around with his race day gear again today. That win pushes his prize money up to near $500,000 so I would like a few more in the stable like him,” Schweida said.

“Actually I pinpointed this race for him two years ago so it has been a long-term project,” Schweida joked.

Schweida will now look for an open company race over 1200m to 1400m for Stella Ombra in the next month.