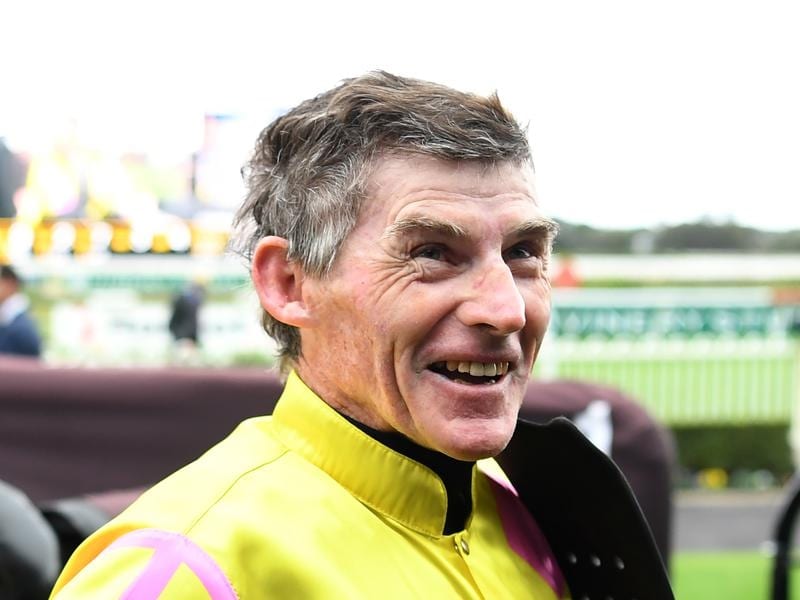 Hall of Fame jockey Robert Thompson has won the Cairns Cup on The Harrovian.

In-form gelding The Harrovian has put his connections in line for a big bonus after a runaway win in the $150,000 Cairns Cup.

The Harrovian added Saturday’s Cup to his win in the Townsville Cup two weeks earlier meaning if he can win the Far North Queensland Amateur Cup in Cairns on September 14 his connections will pick up a $200,000 bonus.

The bonus is part of Racing Queensland’s Northern Crown series.

Trained by Steve Massingham, The Harrovian, who started at $2.40, scored by 2-3/4 lengths to the Lauren Abbott-trained Follow Suit ($51).

Massingham won the Cairns Cup with Magnum Forty Four in 2011.

It was the sixth Cairns Cup for veteran NSW jockey Robert Thompson who is a regular visitor to the northern carnivals.

“You’ll need a crowbar to get me off him (for the FQ Cup), ” Thompson told Sky Racing.

Queensland Racing Integrity Commission officers have been in north and western Queensland for TAB meetings this week.

In a media statement a QRIC spokesperson said a jockey had been stood down after a drug testing operation at Mt Isa races on Thursday.

Whether further action is taken against the jockey will be determined by the results of a secondary test and a stewards’ inquiry.

The jockey will not be named until the matter is determined.