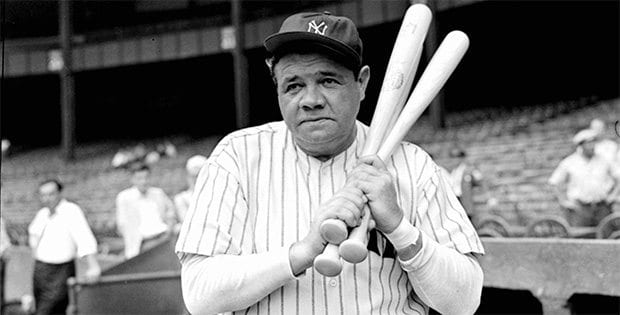 THE annual NBA trade deadline has come and gone, and other than the big-name move of DeMarcus Cousins moving to New Orleans from Sacramento, it was a relatively-quiet period by American sports standards.

If there’s one thing the team at BettingSite.com.au love however, it is a high-profile trade.

We put our heads together and compiled a list of some of the biggest trades in sports history. Some of these are big because of the on field/court impact, some are notable for the off-field impression and others are just too lopsided not to include.

In the pre-free agency era of the AFL, the absolute cream of the crop players seldom changed teams, but Carlton pulled off one of the greatest modern day coups in acquiring Chris Judd’s services.

The club was on its knees after the salary cap scandal which stripped the Blues of much-needed draft picks and cash.

Judd, who at the time was the best player in the competition by a proverbial mile, gave the Blues a beacon of light in which to build a new culture around.

The price for the Blues was high – future Coleman Medallist Josh Kennedy and Pick 3 – but Judd has undoubtedly left an indelible mark on the Carlton Football Club and will go down as a club legend who pulled the Navy Boys out of the mire.

Little did Boston know back when it put together the super team of Paul Pierce, Kevin Garnett and Ray Allen that they would change the course of the league forever.

Kevin Garnett was one the premiere big men in the competition for the Minnesota Timberwolves, and Ray Allen was a superstar shooter from the now defunct Seattle Supersonics.

A number of assets changed hands between the Wolves, the Sonics and the Celtics, but the big-three was born.

The franchise went on to win the 2008 championship immediately after the trade and contended for years thereafter.

Just remember kids, before your Cleveland and Golden State super teams were formed, Boston set the blueprint for what was to come.

Inarguably the biggest name in baseball history, not everyone is familiar with the fact that superstar New York Yankee Babe Ruth actually started his career at the Boston Red Sox.

After winning three titles at Boston, Ruth understandably wanted a pay increase as the best player in the league. The head office refused and he was subsequently snapped up by the Yankees for cash.

Not other players, just cash.

What a decision it would turn out to be for all parties.

The Yankees went on to win four World Series titles and Boston failed to taste post-season success for another 84 years.

Such is the legacy of the trade, the term “The Curse of the Babino” became a legend known around the world.

John Elway is considered one of the greatest quarterbacks in NFL history and one of the most notable figures in Denver sports history, but the thoroughbred Bronco was actually drafted by Baltimore back in 1983.

After getting advice from his agent and father that playing for the Colts would be a huge mistake, Elway forced Baltimore’s hand, and a trade to Denver was orchestrated.

Elway went on to win two Super Bowl titles in Denver and is without question one of the greatest Broncos to play the game.

The lasting legacy of this trade was player power. Years later Eli Manning pulled a similar stunt after getting drafted to San Diego back in 2004. The Giants ended up trading for the highly-touted Manning, who went on to have similar success in the same vein as Elway.

When we are talking about greatest ice hockey players of all-time the first name that comes to mind is Wayne Gretzky.

It’s hard to believe that any team would even consider trading the premiere talent in the league who had guided the franchise to four Stanley Cups in five seasons, but the Oilers did just that when they traded the great one to LA.

The Oilers picked up the promising Jimmy Carson and a number of draft picks, but none of them would have the impact the great one would have at the Kings.

Although the Gretzky-led Kings never won a Stanley Cup, he singlehandedly raised the profile of the sport of NHL in a city that really only cared about the LA Lakers.

Not every trade has to be about playing impact, even though Gretzky was still dominant in Los Angeles.

It is possible that the LA Kings would not exist today had it not been for the Wayne Gretzky trade, and for that he deserves a spot on any biggest trade list in sports history.