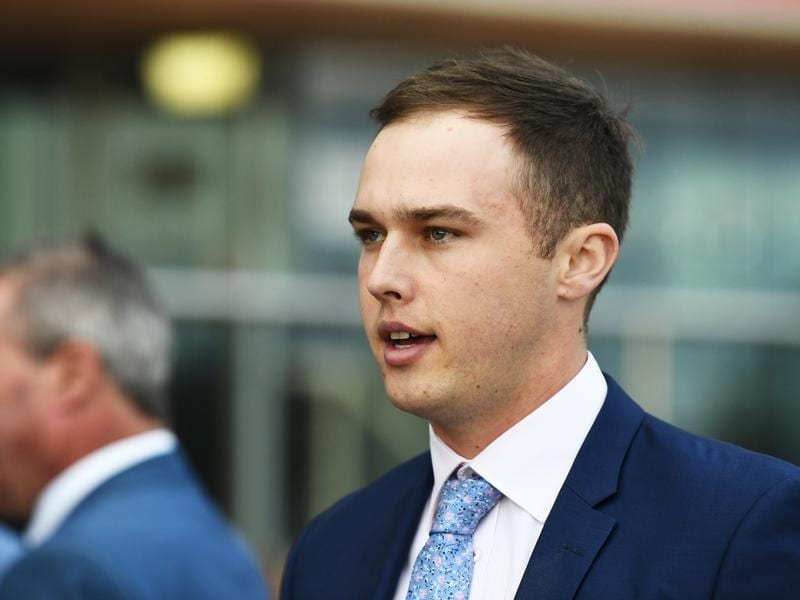 Co-trainer Trent Edmonds says The Drinks Cart will gallop before confirmation of his next start.

A track gallop will determine whether leading Magic Millions Classic hope, The Drinks Cart, runs in the Phelan Ready Stakes..

The Drinks Cart, a brilliant winner at his only start, can shore up his place in the $2 million 2YO Classic at the Gold Coast if he wins Friday’s Listed Phelan Ready Stakes.

The Phelan Ready is being run at Doomben as part of a double header Friday/Saturday promotion for the State of Origin Jockeys Challenge.

The Drinks Cart is in a group on the second line of betting at $11 for the Magic Millions Classic with Every Rose favourite at $6.

Trained by Toby and Trent Edmonds, The Drinks Cart has $19,800 prize money from his only start which was a win at the Gold Coast mid-week meeting two weeks ago.

Trent Edmonds said The Drinks Cart had a short break on a farm after the Gold Coast win and had been back in the stable for a week.

“We will work him on Tuesday morning and if we are happy he can race on Friday in the Phelan Ready,” Edmonds said.

“The advantage of that race is that it is restricted to colts and geldings so it makes things a bit easier.

“But if he doesn’t run Friday there are a couple more stakes races coming up in the next few weeks.”

The Drinks Cart has a Magic Millions pedigree being by the 2014 Classic winner in Unencumbered out of the Snippetson mare Snipzu.

Snipzu ran ninth in the 2012 Magic Millions Classic after being placed in the Calaway Gal Stakes and the B J McLachlan Stakes in the lead up.

She was also second in the Gimcrack Stakes at Randwick as a two-year-old.

Ryan Maloney will have an important weekend as he will ride The Drinks Cart and also Magic Millions Guineas favourite Alligator Blood who resumes in the Gold Edition Plate at Eagle Farm on Saturday.

The David Vandyke-trained Alligator Blood has continued to work well at the Sunshine Coast since winning a trial two weeks ago.

Gotta Kiss, who is safely in the Millions Classic field, is expected to have her lead-up run in the B J McLachlan Stakes at Eagle Farm on December 28.

Trainer Steve O’Dea is likely to stick with his apprentice Stephanie Thornton for all the filly’s races this campaign.