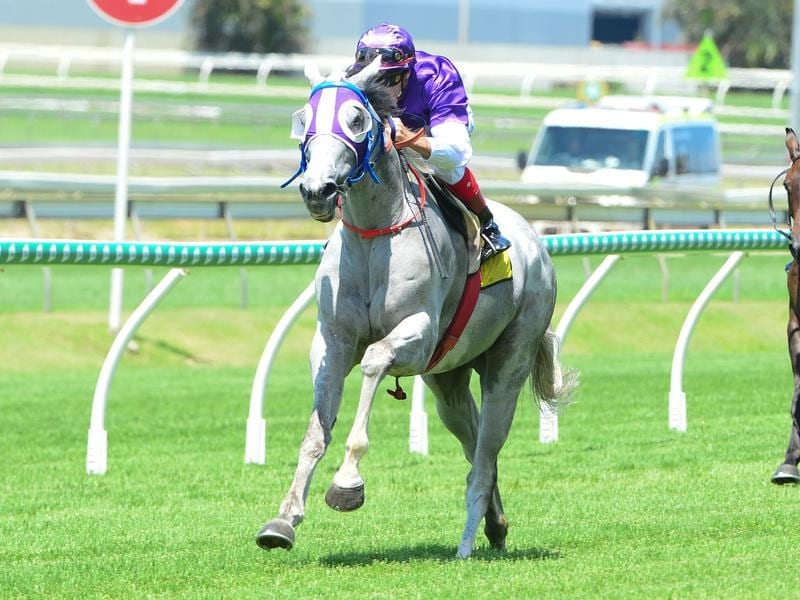 The Candy Man is likely to run at the Gold Coast after missing a start as an emergency at Doomben.

Fan favourite The Candy Man will probably head to the Gold Coast after missing a run in the Chairman’s Handicap at Doomben.

Trainer Barry Baldwin is keen to step The Candy Man up in distance and Saturday’s Chairman’s won by Le Juge was to be his first test at 2000m.

But he failed to make the field as the third emergency leaving Baldwin with a problem.

“There is a Benchmark 75 over 2000m at Doomben next Saturday but he would get 62kgskilos,” Baldwin said.

“There is also a Class Five Plate at the Gold Coast over 1800 metres where he will get 59. So I will probably accept with him in both places and watch the weather.

“Apparently, there is going to be rain in the south east corner next week and he is a very good wet tracker.”

Doomben 10,000 winning jockey Michael Cahill, who has been The Candy Man’s regular rider is keen to stick with him but if the gelding goes to the Gold Coast he might have to give up the ride.

“If Michael can’t ride him I will hopefully get Dan Griffin who knows him,” Baldwin said.

“He is a difficult horse to ride and I don’t think he is really an apprentice’s horse.”

Baldwin said The Candy Man would then push on to the Group Three Premier’s Cup (2200m) at Eagle Farm on May 25.

“I think he should get a run in that race because a few that ran in the Chairman’s will probably drop out,” Baldwin said.

A distinctive grey, The Candy Man has built up a huge public following because he has come back from a life-threatening jaw injury to win five races in a row.

“Also the fact he comes from well back in the field with a big finish makes him an exciting horse to watch,” Baldwin said.