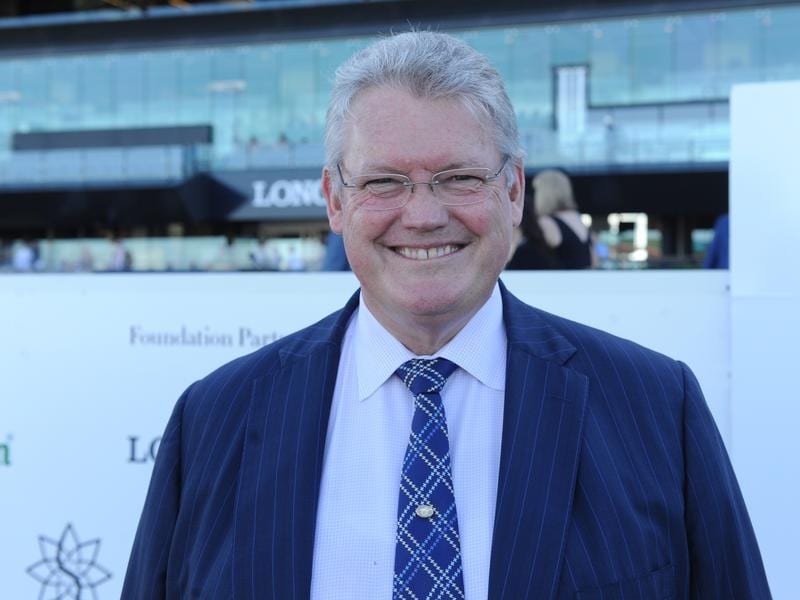 Trainer Anthony Cummings will turn his attention to Brisbane with some promising young horses.

Having decided to spell emerging star Libertini and sprinter Baller, Anthony Cummings will rely on a small team of young, progressive horses to fly the flag for his stable during the winter carnival in Brisbane.

Libertini franked her promise with an impressive win in Saturday’s Listed Woodlands Stakes at Scone and will now be set for the Princess Series and the Group One Flight Stakes in spring.

Baller had been among nominations for Saturday’s Doomben 10,000 won by The Bostonian but Cummings pulled up stumps on his winter plans after the horse produced an average gallop at trackwork.

He is hoping the colt can instead return in the spring and stake his claims for a spot in The Everest.

In the interim, Cummings will put his faith in a trio of up-and-coming horses, including Agassi who is slated for a start in the Group Three Fred Best Classic (1400m) at Eagle Farm on May 25.

A son of Pierro, Agassi has won two of his nine starts and was a last-start second to Fuchu on the Kensington track on May 4.

Cummings is weighing up several options for the three-year-old, including a tilt at next month’s Group One Stradbroke Handicap.

“He’ll go for the Fred Best and then either the Stradbroke or the Guineas,” Cummings said.

“The Fred Best will probably determine where we go.”

Two-year-old Prince Fawaz has also earned a trip north after an eye-catching third to Autocratic at Newcastle midweek when he stormed home from the rear.

Before that he finished fifth to Castelvecchio in the Group One Champagne Stakes at just his second start and Cummings is keen to give the colt another shot at the top level.

“He’ll have another run in Sydney and then go there for the Atkins,” Cummings said.

While Prince Fawaz was luckless at Newcastle, stablemate Constellations produced an impressive turn of foot to score a stylish maiden win on the same program

A daughter of Fastnet Rock, the four-year-old was having just her second start and Cummings rates her highly enough to consider a trip north for the back-end of the winter features, nominating the Gai Waterhouse Classic (1500m) at Ipswich in June as a possible target.