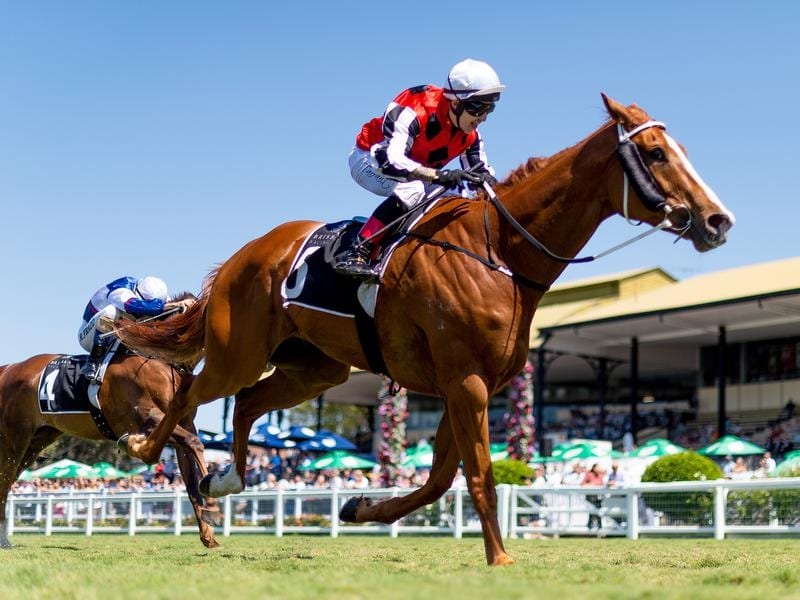 Fighting Teo has earned his way to Sydney and the Christmas cup with his third at doomben.

Tough Brisbane stayer Fighting Teo is headed to Sydney for the Christmas Cup after his brave third at Doomben.

Fighting Teo led for most of Saturday’s race before being run down in the final 50m by Man To Match and Dawson Diva in the Hamilton Hotel Handicap (2030m).

Trainer Kevin Kemp was thrilled with Fighting Teo’s run and believes he is up to Sydney company.

“The Christmas Cup is over 2400 metres at Randwick and that will suit Fighting Teo down to the ground,” Kemp said.

“He should get the minimum weight in the Cup and he was second last time he raced in Sydney.

“His run was very good as he was attacked in the lead for a long way. The second horse (Dawson Diva) was runner up in the Queensland Oaks and the winner (Man To Match) is a very promising stayer.”

Trainer Tony Gollan is looking at the $1 million Magic Millions Cup for Man To Match next month.

“His form warrants a race like that and I think he will be suited because they have increased the distance from 2200 to 2400 metres,” Gollan said.

Top three-year-old filly Gem Of Scotland is likely to miss the rest of the summer carnival after being scratched from Doomben.

Gem Of Scotland kicked at a post at track work last week and while the injury was not serious trainer Rex Lipp did not want to risk her.

The filly is now likely to concentrate on the Sydney autumn and Brisbane winter.