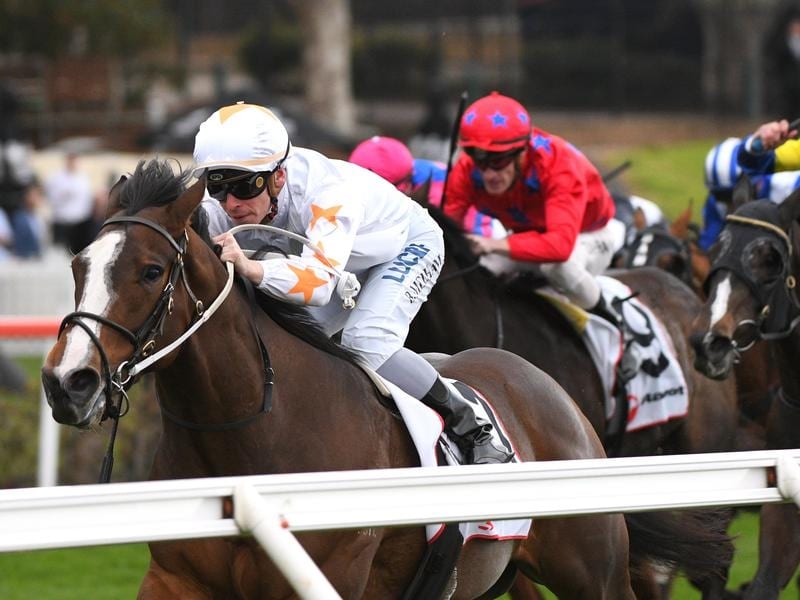 Promising sprinter Tavisan has won at his second start since a gelding operation.

Taking advantage of a track suiting horses racing on the pace, Tavisan landed a betting plunge with an all-the-way win at The Valley.

Tavisan was backed from $3.30 into $2.35 favouritism before taking out the Ranvet Handicap under a well-judged ride from Ben Melham.

Melham had no hesitation in taking Tavisan to the front before kicking clear on the home turn in recording a two-length victory Epic Grey ($11).

“It was a race that was always going to map well for him,” Melham said.

“He was controlled going through the breeze, got into a beautiful rhythm and he does have a bit of class about him.

While Melham is confident Tavisan can race to a higher level, Mick Price, who trains the gelding in partnership with Mick Kent junior, is in no rush to test Tavisan against top level competition in his four-year-old year.

Tavisan collected three stakes-race placings as a spring three-year-old before being gelded after one run in the autumn.

Saturday’s victory was his second since the gelding operation.

Price said he would prefer to race Tavisan through his grades and get a good return for the gelding’s owners.

“I think with the prize money available, it’s better for the owners and a better return for them to pick your way through the right races,” Price said.

“We’ll just place him where he can win and get a good return from him.”