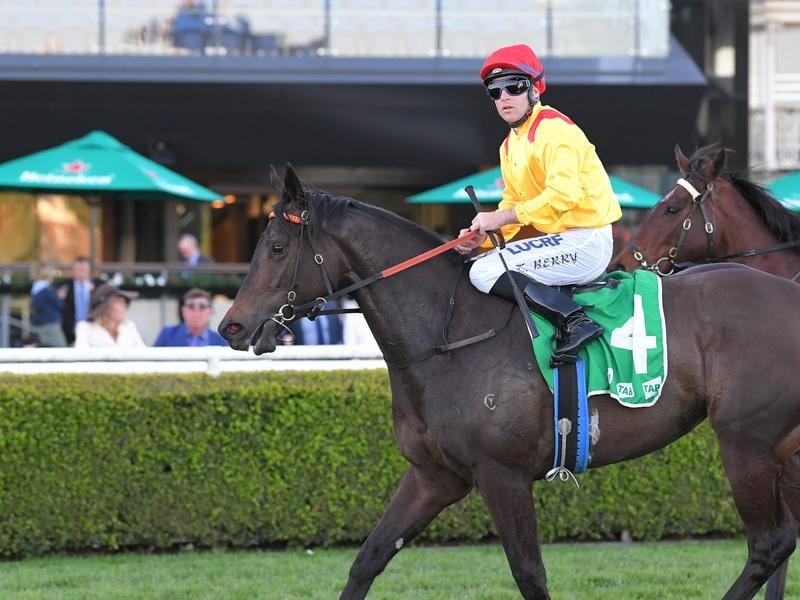 Mizzy has rewarded the faith of trainer Anthony Cummings to win the Toy Show Quality at Randwick.

On the same day his stable star signalled her spring intentions, a horse Anthony Cummings always thought could measure up has made her mark.

Until Saturday’s win, Mizzy had a solo victory in a maiden in February to her name but also had a Group Three placing and two Group One fourths.

Cummings is noted for throwing his horses in the deep end but he admits it has taken Mizzy a little longer to rise to the top.

“She has been out of her grade a lot of her life,” he said.

“I’ve always seen that she was capable of doing what she did today. The 100-1 in the Ming Dynasty when she was beaten a nose was an expensive day.

“Nevertheless she is a really good race filly and she is going to have a very good carnival.

“Barriers meant a lot. She just had to come out, didn’t have to spend a penny, find her own spot.”

“She’s always raced in the highest of company and she was very tough. She had a lot of runs last prep.

“She came in so much stronger.

“She’s a lot more relaxed in the barriers and she’s a much nicer ride that’s for sure.”

“She’s probably a late maturer because she’s only picked up on that this preparation. She’s like a fine wine, just takes a while.”

Berry’s win came with a cost when he was suspended for shifting in inside the 200m, causing interference to Soothing.

Much to his relief, he does not miss a Saturday meeting and will start his penalty after he rides Exceedance in the San Domenico Stakes on Saturday.

He will sit out the week and be back to ride Libertini in the Furious Stakes on September 7, the same day Pierata resumes in the Concorde Stakes.

As for Mizzy’s next assignment?

“We’ll aim at everything. That is always the answer,” Cummings said.