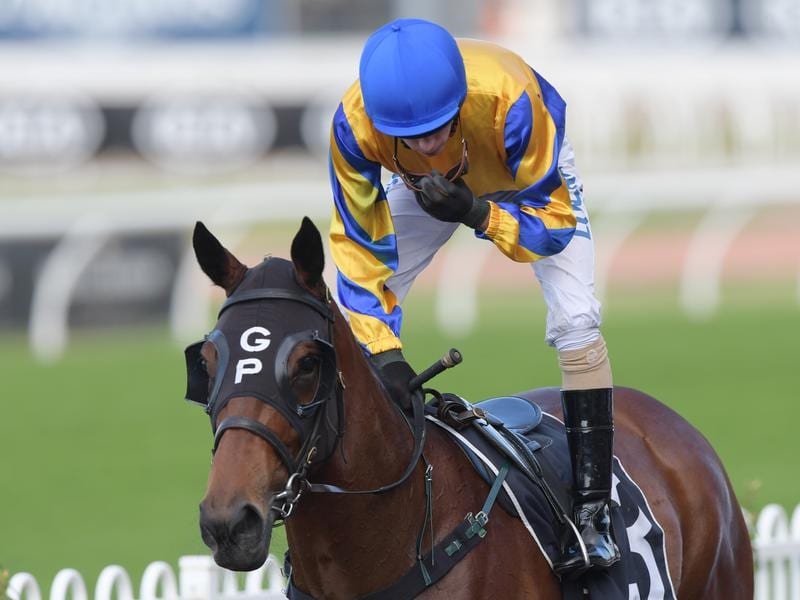 Strome will be one of five NSW-trained mares to contest the Group Three Sapphire Stakes at Doomben.

Sydney trainer Gary Portelli is hoping a trip away will help his mare Strome achieve some belated black-type before she heads to stud.

Strome will be chasing her first win or placing in a black-type race in the Group Three Sapphire Stakes at Doomben on Saturday.

The Sapphire is the second last black-type for mares this winter and five Sydney horses make up almost half the field.

Delectation Girl, Sure Knee, Tricky Gal and Shuhood have also made the trip north for the 1600m race.

Portelli has managed Strome’s career carefully, coaxing seven wins and eight placings out of the five-year-old.

But Strome has been struggling this year and Portelli has reverted to keeping at least a fortnight between her runs in preparation for the Sapphire assignment.

“She is likely to head for stud at the end of the season and this is one of the few remaining chances for her to pick up black-type,” Portelli said.

Portelli has booked apprentice Stephanie Thornton for Strome who has drawn barrier seven.

“Stephanie is a patient rider and the barrier looks ideal for Strome’s style of racing,” he said.

Thornton has had a good season and will finish second to Baylee Nothdurft in the metropolitan apprentice jockeys’ title.