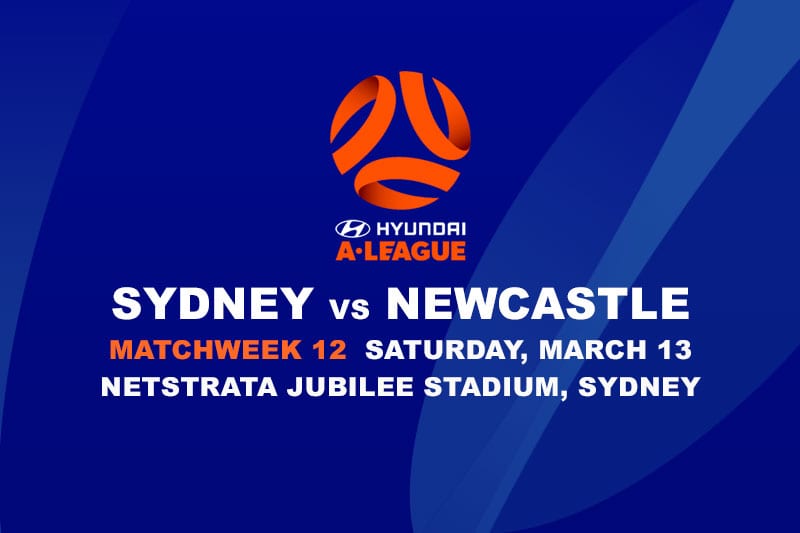 Coming up to the halfway point of the 2020/21 A-League season, Sydney FC will look to vault into the top half of the table when they host the Newcastle Jets on Saturday evening at Netstrata Jubilee Stadium.

The reigning premiers had been struggling somewhat until a workmanlike 2-0 victory against Western United in midweek put their season back on track. The Sky Blues dominated the attacking third and put plenty of pressure on the United defence, scoring both of their goals inside 50 minutes. Sydney boast a remarkable 26 wins from 44 clashes with the Jets and will fancy their chances of improving on that record this weekend.

Having netted only two goals in their past four games, it is hard to mount any case for the boys from the Hunter. The showed some spirit in a fighting 2-1 loss to Adelaide United last weekend, but you would think the class of Sydney FC will be too much for the Jets. Without the likes of Ben Kantarovski and Jason Hoffman for this match, this could get a bit ugly for the team sitting second from bottom on the A-League ladder.

Everything we have said already about Sydney adds up to them smacking the Newcastle Jets. The Sky Blues found some form with that win over Western United, and you would expect them to keep that momentum going this Saturday. Given how poor the Jets have been in recent times, online bookmakers are probably paying overs on Sydney to win.

The Jets only had one shot on target against Adelaide United last weekend, and we think their front three could be in for another tough night against Sydney’s solid defence. The week before they were wasteful in front of goal against the Wellington Phoenix, and they only just managed to scrape past the bottom-of-the-ladder Melbourne Victory prior to that. Andrew Redmayne is a sound custodian at this level and should keep a clean sheet.

Everything points to a tough day at the office for Newcastle. If we had to predict a scoreline, we would say 3-0 looks achievable for Sydney. However, the smarter play is to take the over 2.5 goals in a same-game multi and then throw a few bucks on the 3-0 correct score as a single bet at $17. Expect the likes of Kosta Barbarouses, Milos Ninkovic and Bobo to hit the scoreboard.